The veteran journalist has lost his battle with throat cancer aged 76.

Throughout his career, he became known as a fearless interviewer and pioneer of current affairs television.

Among his notable achievements is the famous ‘birthday cake’ interview, where he cornered then-opposition leader John Hewson on the issue of GST.

Many believed the interview was a turning point in the election, which Hewson would go on to lose.

Click PLAY below to watch the ‘birthday cake’ interview

“I think he was a journalist with a genuine passion… he made an enormous contribution.”

“A good question and a particularly bad answer now I hear it again!”

Ray Martin, who worked with Willesee at the ABC, says it’s an example of his immense talent as an interviewer.

“That was a groundbreaker in that election… it may well have cost the Liberal Party the whole government.” 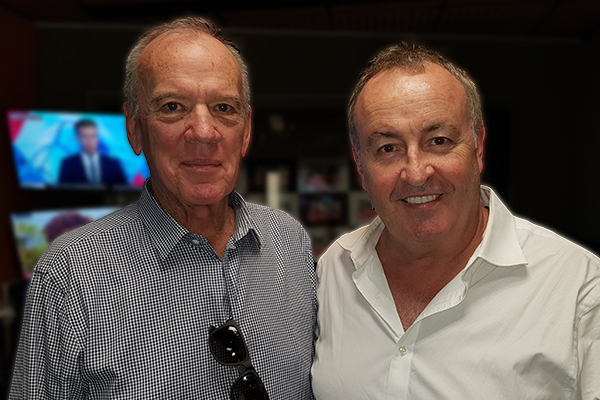 Chris Smith also reflects on his time working with Willesee on A Current Affair.

I’ll never forget reporting for @ACurrentAffair9 & sitting in the office as Willo nailed Hewson on the cake. You knew then, Mike had just turned the future of the country upside down. Always grateful for his help & advice to. A true pioneer. #MikeWillesee #auspol @dailytelegraph

Legendary television journalist and #9ACA’s first host Mike Willesee has sadly passed away after a lengthy battle with throat cancer, aged 76. Our thoughts are with his family during this time. pic.twitter.com/tl1YN4m3ri