‘It just shows how out of touch this Premier is’: Premier knocks back offer for Alfie statue

The Queensland government is being slammed for knocking back a private company’s offer to pay for a statue of Maroons great Allan Langer at Suncorp Stadium.

The Courier Mail reports financing company Loans.com.au had contacted the Premier’s office about the commissioning of the statue, which has been quoted at about $80,000. 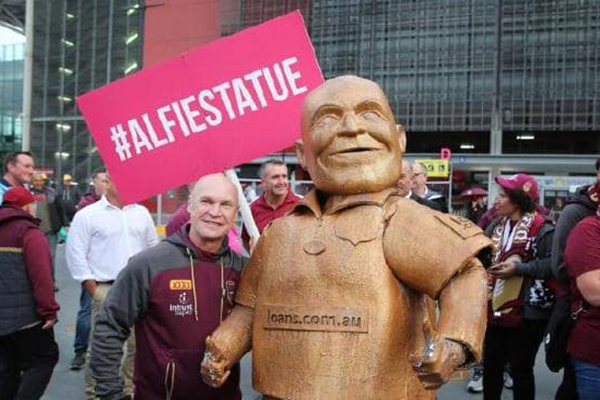 But taxpayers will now foot the bill after the Palaszczuk government turned down the offer.

“It just shows how out of touch this Premier is, the outrage was loud.

“I think the outrage should be loud about taxpayers now having to pay for the statue when we’ve got a company that wants to give it to the taxpayers of Queensland.

Ms Frecklington joined Mark in the 4BC studio after Origin III and happily took the opportunity to gloat about Queensland’s victory.

Mark has the last laugh, celebrating the Blues’ series victory.