A health worker has been sacked after she spoke to the media about newborn parents being kept apart at western Sydney hospitals.

Consumer representatives are responsible for taking up community concerns with the health district’s board.

Ms Begnell has now lost her job, despite NSW Health sending out a memo to all health districts on July 30 to “ensure that one person is permitted to be with a pregnant woman during labour and birth and on the postnatal ward.” (See memo below)

She told Ben Fordham she doesn’t want her volunteer job back.

“They asked me to step down and I refused, so they dismissed me now for breaching the code of conduct by speaking to the media about the issue.

“I think I can do more on the outside and this is evidence of that.” 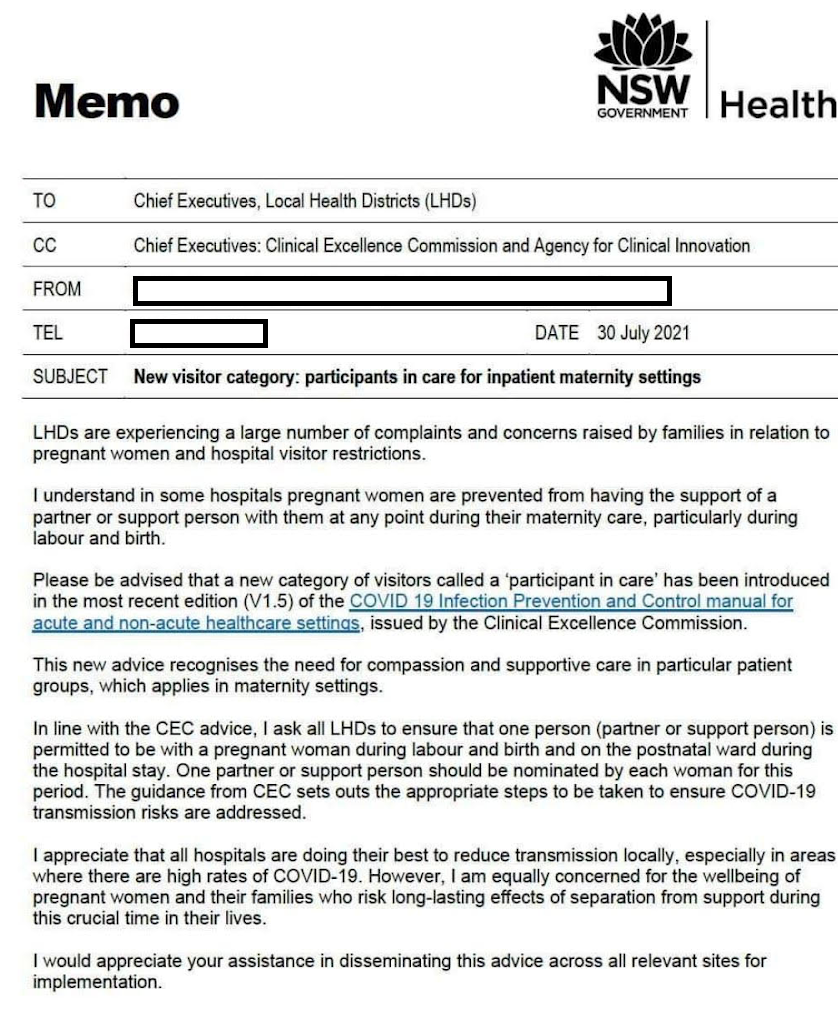