Prime Minister Scott Morrison has promised to ‘sort out’ a sign promoting gender inclusive toilets in his department.

Ben Fordham was sent a photo of the sign by Channel 9’s Federal Political Editor Chris Uhlmann, who spotted it in the Barton offices of the Prime Minister and Cabinet. 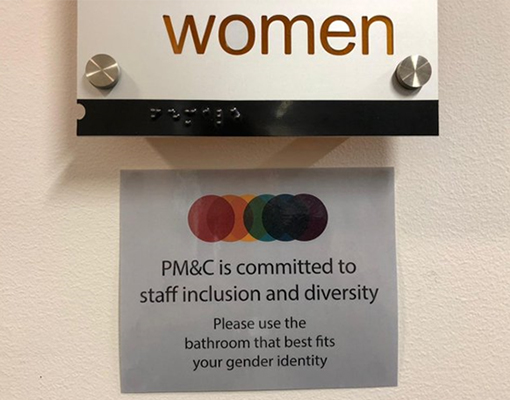 Mr Morrison, who was previously unaware of the sign, tells Ben he’ll sort it out.

“Honestly, this is why we call it the Canberra bubble.

“I don’t think this is necessary.