Factory worker killed in one of three workplace accidents across Sydney

Three men have been injured, one fatally, in a series of workplace accidents across Sydney this morning.

A man believed to be in his 30s has died after paramedics reportedly found him with his head stuck in a piece of machinery at a pallet factory at St Marys.

He suffered serious head injuries and major blood loss and died at the scene.

#BREAKING: A man has been killed at a pallet factory in Sydney’s west, in one of three workplace accidents in the city this morning @2GB873

Two other men have also been injured in separate workplace accidents, with one in a critical condition after falling from scaffolding at a Point Piper mansion. 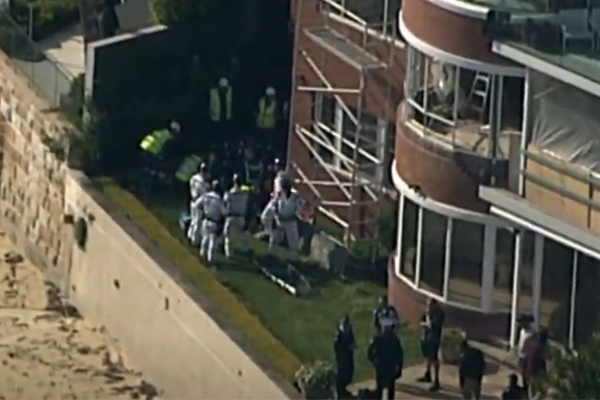 A third worker has been taken to hospital after being hit on the head with falling pipes at a Pyrmont construction site.

Patrizia Cassaniti, who lost her 18-year-old son Christopher when scaffolding fell on top of him at a building site earlier this year, tells Ben Fordham the law needs to change so there are more stringent penalties for workplaces.

“We’ve had 93 deaths as of August this year.

“That’s nearly 11 Australians that die in a workplace incident in Australia per month.”