A second Captain Cook statue has been vandalised in Sydney.

Ben Fordham received a tip-off that a 110-year-old Captain James Cook statue in Randwick was damaged.

Listener Craig heard the rumour on-air and confirmed the council was cleaning the spray paint off the statue on Sunday. 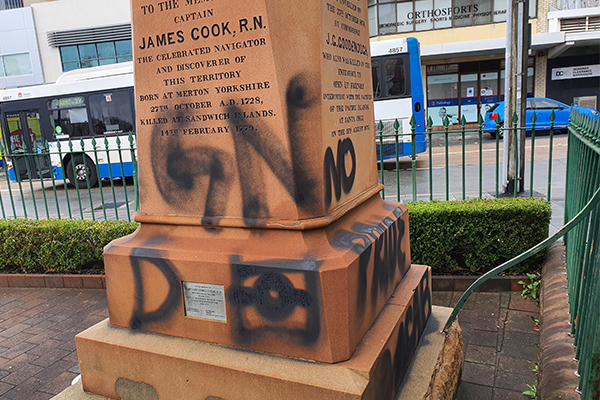 Police are appealing to the public for information, with the incident likely to have occurred between 8pm on Saturday and about 8am on Sunday.

Councillor Brendan Roberts told Ben Fordham he had concerns the statue would be targeted.

“Of course we’ll consider what we need to do more.”