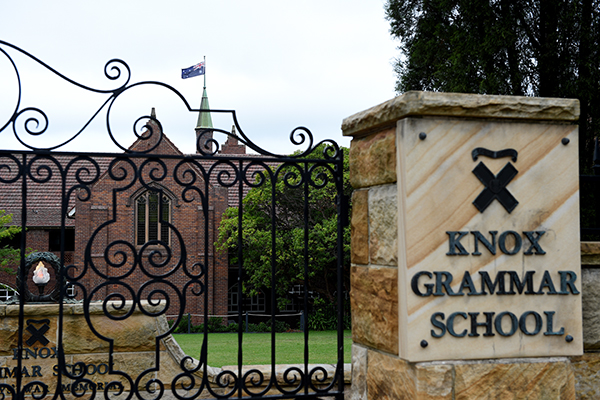 A teacher at one of Sydney’s most prestigious private schools has been disciplined over a disgraceful ‘lesson’ given to a primary school class.

The teacher asked the class of nine-year-olds to draw a picture of something that represents their family or heritage.

This teacher went on to rip up all of the pictures in front of the children, telling them, “now you know how Aboriginal Australians felt when everything was taken away from them…” or words to that effect.

The Ben Fordham Show asked Knox to confirm what happened, if the matter has been investigated and if they support the teacher’s actions.

“The School can confirm that the activity took place with a Year 4 class last week.

The School does not support the actions of the teacher. When the School became aware of the matter, it was immediately investigated. The teacher was extensively counselled and disciplined.

The teacher has apologised to the students today.

While the School strongly supports the teaching of indigenous culture and heritage, we believe it needs to be taught in a sensitive and appropriate manner.”

Ben Fordham says it sounds like the teacher is the one who needs a lesson.

“The teacher might want to learn a lesson about guilt tripping innocent kids and what is and isn’t appropriate when teaching children in year four.”

NSW Education Minister Rob Stokes heard about the incident, telling Ben Fordham the school made the right move in disciplining the teacher involved.

“I’ve got to say Ben, I was shocked to hear about that.

“Those sorts of things are clearly not age-appropriate and can be very distressing for young kids.”

The Big Guns weighed into the debate, with Graham Richardson telling Ben it’s wrong to “drag kids into a conflict that they don’t understand”.

“It’s obscene. I can’t understand the motivation of people like this. You can’t use children as some sort of battleground for your cause.”

“If you do it in the education system in a way like that, that just engenders more conflict. What hope have we got for reconciliation?”