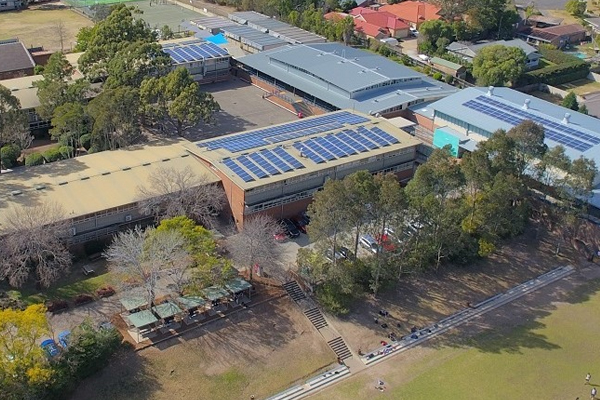 A high school in Sydney’s north-west has undergone major works after asbestos was found in the building.

The NSW Education Department has told Ben Fordham asbestos was found within the roof at Castle Hill High School.

Remediation work spanned from May 16, 2020, to June 15, with students moved out of the classroom block into other areas.

The Department assures there is now a low risk of exposure to airborne hazardous material.

Staff members had been concerned pieces of asbestos had fallen on them from the ceiling but further testing found the ceiling tiles did not contain asbestos.

More than 30 Sydney schools were found to have asbestos in a 2017 review but Castle Hill High was not one of them.

“As a precaution, classes were moved to other rooms and access to the top floors of certain blocks was restricted. Remediation work, which included installing an additional ceiling directly under the existing ceiling, started on 16 May 2020 and was completed 15 June 2020.

“Air monitoring was conducted throughout the remediation work and this consistently returned results below the minimum detection limit, which means there was a low or negligible risk of exposure to airborne hazardous material.

“All work was completed in accordance with SafeWork NSW regulations and a clearance certificate was issued by an independent hygienist confirming students and staff can safely occupy the rooms. The top floors have reopened and classes have resumed.

“Throughout this process, the Education Department has updated the school community and held multiple meetings with staff. The Department also has an Incident Report and Support Hotline for anyone with additional concerns.

“An independent hygienist has advised the potential for exposure to asbestos is low, however, staff who wish to be tested for asbestos-related conditions have been asked to consult their GP. Staff have also been offered onsite counselling support and students have school counsellors available. Concerned individuals can also record their details on the National Asbestos Exposure Register.

“The department was informed by the staff member during a staff briefing that pieces of the ceiling may have fallen on them. The independent hygienist was on hand to discuss the potential exposure and advise staff to place their name on the National Asbestos Register. Testing of the ceiling tiles was conducted on 13 May 2020 indicating that the ceiling tiles did not contain asbestos.

“The department acknowledges that even the smallest traces of hazardous materials can be an unsettling experience for our school communities. The department’s role is to be vigilant across all schools, and to ensure the health, safety and wellbeing of students and staff at all times.”