Residents in the quiet suburb of Mosman, on Sydney’s north shore, are very angry.

And they’ve launched an unusual protest, giving power to the flower.

Mosman locals were very fond of the old roundabout on Bannerman Street because it featured a colourful variety of trees, flowers and shrubs.

But it’s been replaced by a smaller model and all the plants have been banished.

Now, residents are taking matters into their own hands, placing their own floral arrangments on the concrete monstrosity.

See photos of the protest below 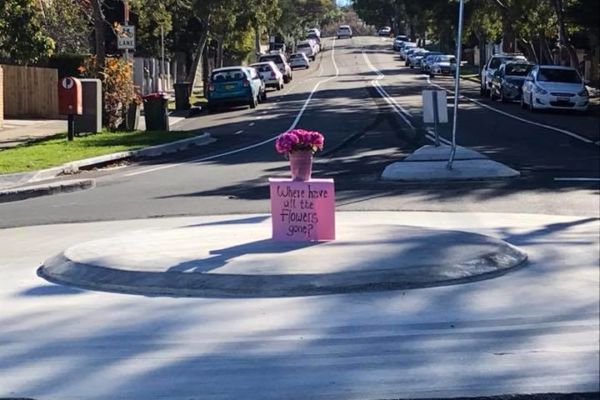 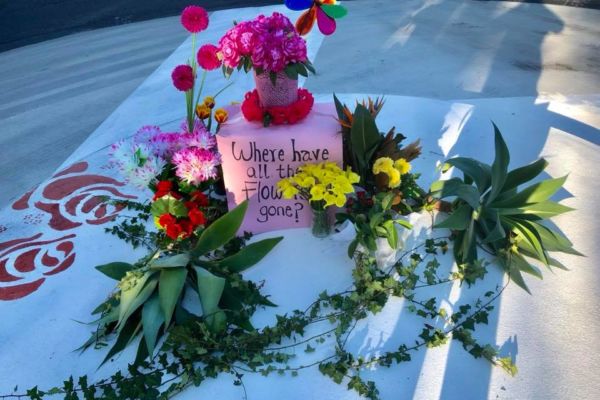 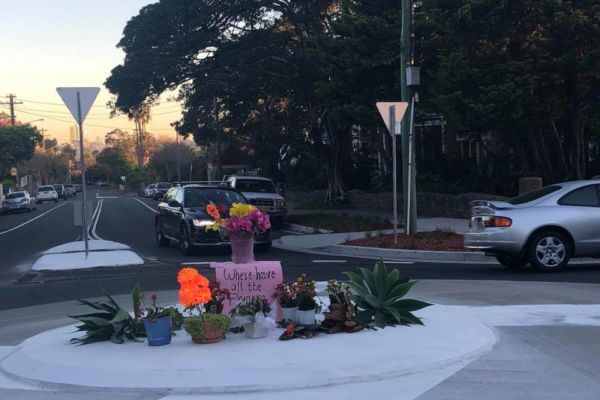 “It’s been going now for six days and no one’s complained and everyone’s taking photos.

“It’s all over social media, it looks fantastic!”

But Matt says when he went past this morning, there was one bystander who wasn’t pleased.

“There was a ranger standing there on the side of the road, he had his arms crossed and had a concerned look.”

Click PLAY below to hear from local resident Matt Cowley

One Iron used to live on Bannerman Street, telling Chris he can see why residents are up in arms.

“It was the best roundabout in Sydney because of the beautiful flowers.”