Embarrassing image proves children should be learning, not protesting

This is the photo that proves children should be in school, rather than on the streets protesting.

After thousands of students ditched class in November, a second ‘day of action’ for climate change is planned for March 15.

This photo has emerged from the last lot of rallies and shows why our kids need to focus on learning rather than protesting. 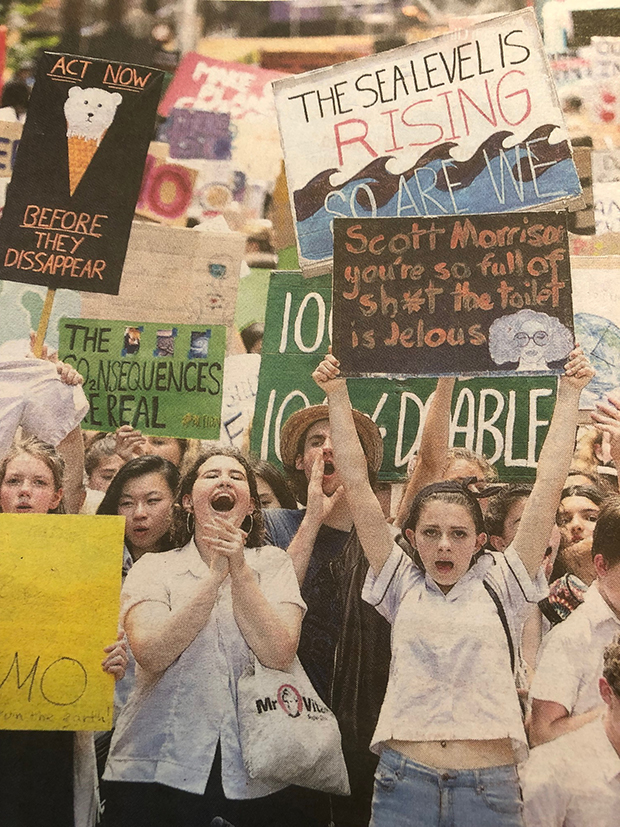 One sign reads, “Scott Morrison you’re so full of sh*t the toilet is jelous [sic].”

That should be “jealous”, with an ‘a’, says Ray Hadley.

Another says, “Act now before they dissappear [sic].”

“Perhaps those young ladies would be better served spending time in a classroom,” says Ray.

“Particularly an English classroom, where they can learn to spell”.

“Kids are required to go to school.

“I think the timing, a week before the state election, comes as no coincidence.”