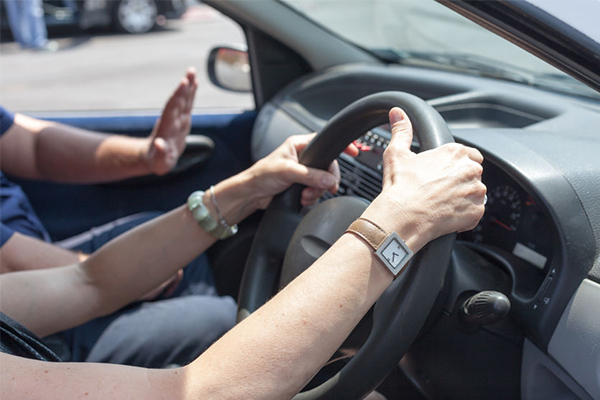 Following a shocking summer on the roads, there’s been a real push to get tough on repeat negligent drivers and dish out adequate punishment.

A change in the Road Transport Act in October 2017 is giving repeat offenders a free ride.

The change allows for extended bans to chronic offenders to be overturned if they haven’t committed any criminal offences for two to four years, depending on their driving and criminal record.

“What a dodge!” says Chris Smith.

Kerrie Thompson, acting CEO of Victims of Crime Assistance League tells Chris “it’s absolutely ridiculous that that can be overturned”.

“We need tough laws, but we also need to have serious consequences for those that break the law.

“It’s a huge injustice to the families if the dangerous drivers not held accountable.”

Chris had repeatedly tried to contact Roads Minister Melinda Pavey was told she was out of “radio range”.

“I reckon I could get radio range on top of Uluru!” says Chris.

“They don’t want to face up to what they have, which is a system that has holes in it.”

Roads Minister Melinda Pavey has replied to Chris Smith, saying the changes we made because the former system did not deter reoffending.

In a statement she writes:

“Under the reforms, if a motorist has had their licence disqualified but has been compliant with their disqualification period of two or four years depending on their offence, they may be eligible to have the disqualification lifted.

“Anyone ever convicted of serious driving offences involving death or grievous bodily harm, or other serious offences such as police pursuits, are not eligible to have their disqualification lifted.

“The former driver disqualification system did not deter reoffending. Disqualified drivers continued to drive. The premise of the reforms the NSW Government undertook last year, based in evidence, is to create proportionate penalties for drivers, to reform their behaviour and create a viable avenue back to lawful driving.

“These reforms were based on recommendations of and supported by a bi-partisan Parliamentary Committee on Law and Safety. “

But Chris isn’t buying it.

“If you are being disallowed, punished and not allowed to have a license until 2036, you don’t deserve the right to be good for two years and get your license back,” he says.

“No one can convince me of that.

Listen to Chris’ read out Ms Pavey’s response below

Listen to the full interview with Ms Thompson below