Home Affairs Minister Peter Dutton is describing a prominent Human Rights lawyer as a “media tart“, after he shared an image depicting him as a Nazi officer.

Jewish groups have condemned Julian Burnside for sharing the image, which is being described as “profoundly offensive” to Holocaust survivors.

Burnside has consistently attacked Mr Dutton while advocating for boat people on Nauru and Manus Island to be allowed into Australia. 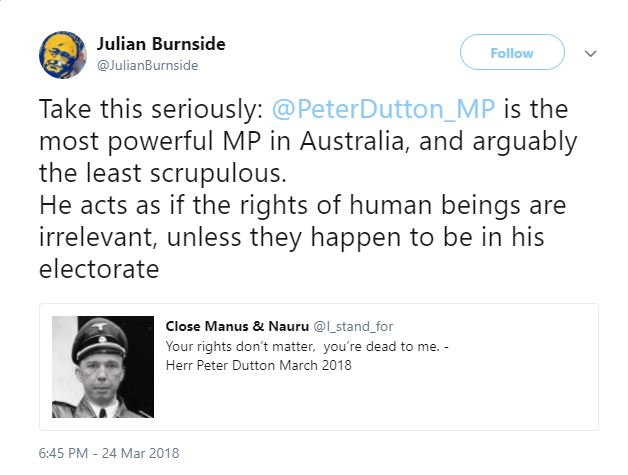 “He’s concerned with his own human rights.

“He loves the media, but he’s a pretty poor figure,” he says.

“If you look at the hypocrisy, he’s basically a media tart.

“None of that makes a difference to me, we’ve got a job to do.”

Listen to the full interview below