81yo woman hospitalised after group of teens ransack Casula store

An elderly lady has been hospitalised after a large group of teens ransacked a store in Sydney’s south-west.

Just after 3pm on Friday, a group of about 16 young men entered a phone shop at Casula.

The teens were told to leave by staff after they began pulling on mobile phones which were attached to the display by a security cable.

The group initially refused but were eventually ushered out the store, with one allegedly stealing a watch and another trying to steal a mobile phone before dropping it on his way out.

CCTV shows the teens sprinting from the shopping centre with one of the boys barging into an elderly couple, knocking over an 81-year-old woman.

She suffered a fractured pelvis and was treated by paramedics at the scene before being taken to hospital.

Detectives have released CCTV footage of the incident, hoping someone will recognise the group of people.” 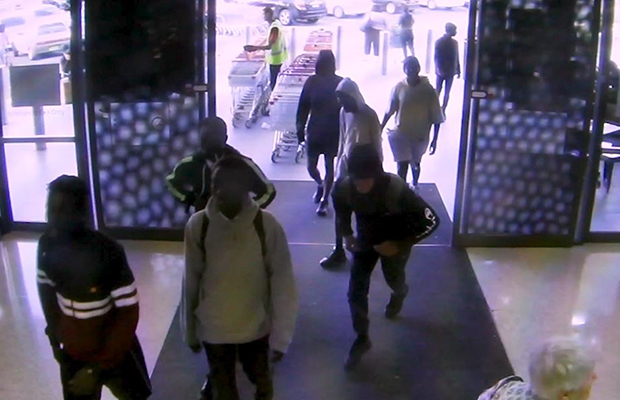