A 10-year-old entrepreneur, who asked Qantas CEO Alan Joyce how to run an airline, has received a reply.

Alex Jacquot, who is the CEO and Co-founder of Oceania Express, wrote to Mr Joyce to ask his advice on the airline business.

“Please take me seriously,” he writes.

“Seeing as it is the school holidays, I have more time to work. But I don’t have anything to do (that I can think of). Do you have any ideas of what I can do?”

Mr Joyce has replied to the young businessman, saying he doesn’t normally give advice to his competitors, but he’ll make an exception in this case.

“I too was once a young boy who was so curious about flight and all its possibilities,” he says.

Alex tells Ben Fordham he couldn’t contain his excitement when he saw the letter in the mail.

“I ripped open the envelope and I quickly read it and I was so excited, I was running around the house for ten minutes.

Click PLAY below to hear the full interview with Alex

See the full letters below 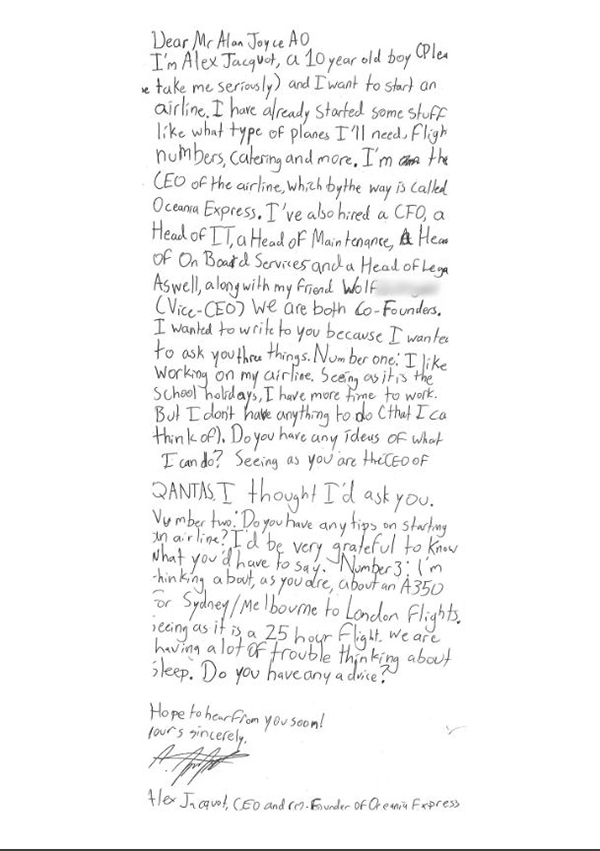 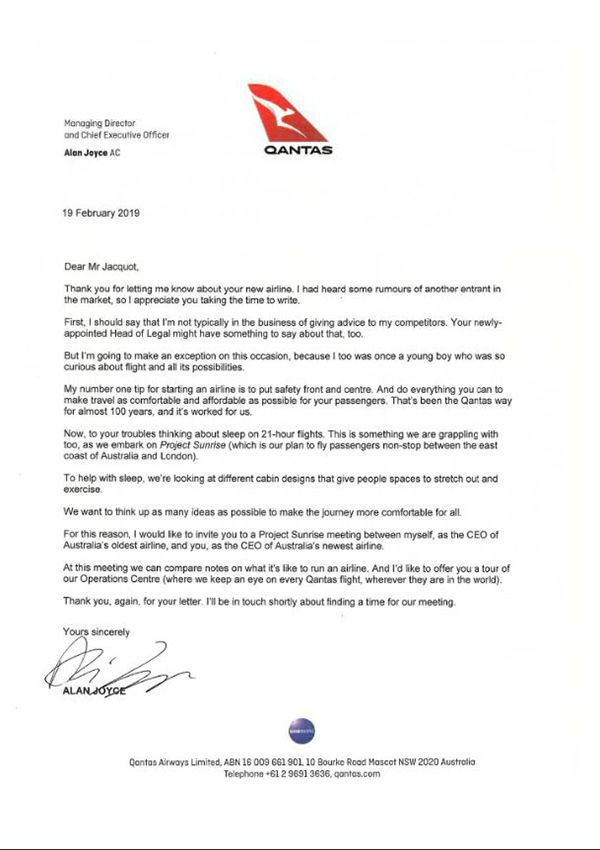 Mr Jacquot is a 10 years old entrepreneur, CEO and founder of Oceania Expression in #Australia. He wrote a letter to #Qantas CEO Alan Joyce, presenting is company and asking for advice. He got is answer, brilliant !#always #believe #avgeek #dreams #aviation #pioneers pic.twitter.com/6VoEp8qk7n