‘You’ll never have to work a day in your life’: Ray moved by ‘sensational’ performance

Ray Hadley has been blown away by an incredible in-studio performance by Australian country music artist Blake O’Connor.

It’s been a huge few months for the 18-year-old, who was crowned the 2019 Toyota Star Maker earlier this year.

The Star Maker award recognises emerging Australian country music artists and has launched the careers of the likes of Keith Urban and Lee Kernaghan.

“My goal is to just play music and I’ll never have to work a day in my life.”

Blake treated Ray’s listeners to a memorable performance of his new single Beautiful As You, as well as a second song Worth a Little More. 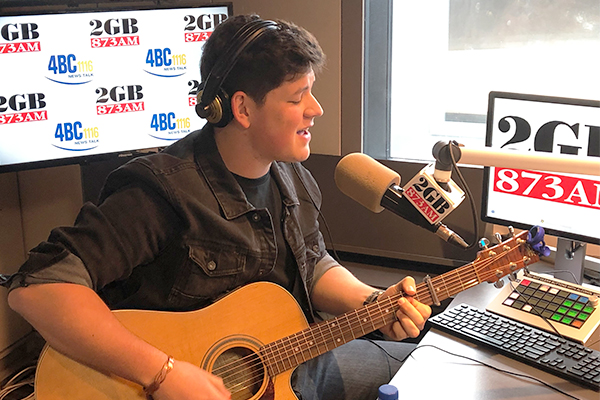 “Let me tell you something, young fella,” says Ray. “Based on that performance you’ll never have to work a day in your life. That was absolutely sensational.”

Listener Reuben wrote to Ray after hearing the performance to tell him he was “blown away” by the artist when he made a music video for him last year.

“Blake had no warmups or rehearsal, he walked up smashed it out and walked away…. amazing talent.”

Watch the video below