The CEO of Westpac has fallen on his sword over the latest scandal rocking the bank.

Westpac is facing fines of more than a billion dollars over allegations it breached anti-money laundering more than 23 million times.

The bank’s systems were allegedly used to transfer hundreds of thousands of dollars to child exploitation rings in south-east Asia, including to pay for live child sex shows.

Chief Executive Brian Hartzer initially refused to step down but has now announced he will quit on December 2 after mounting pressure from investors and the public. 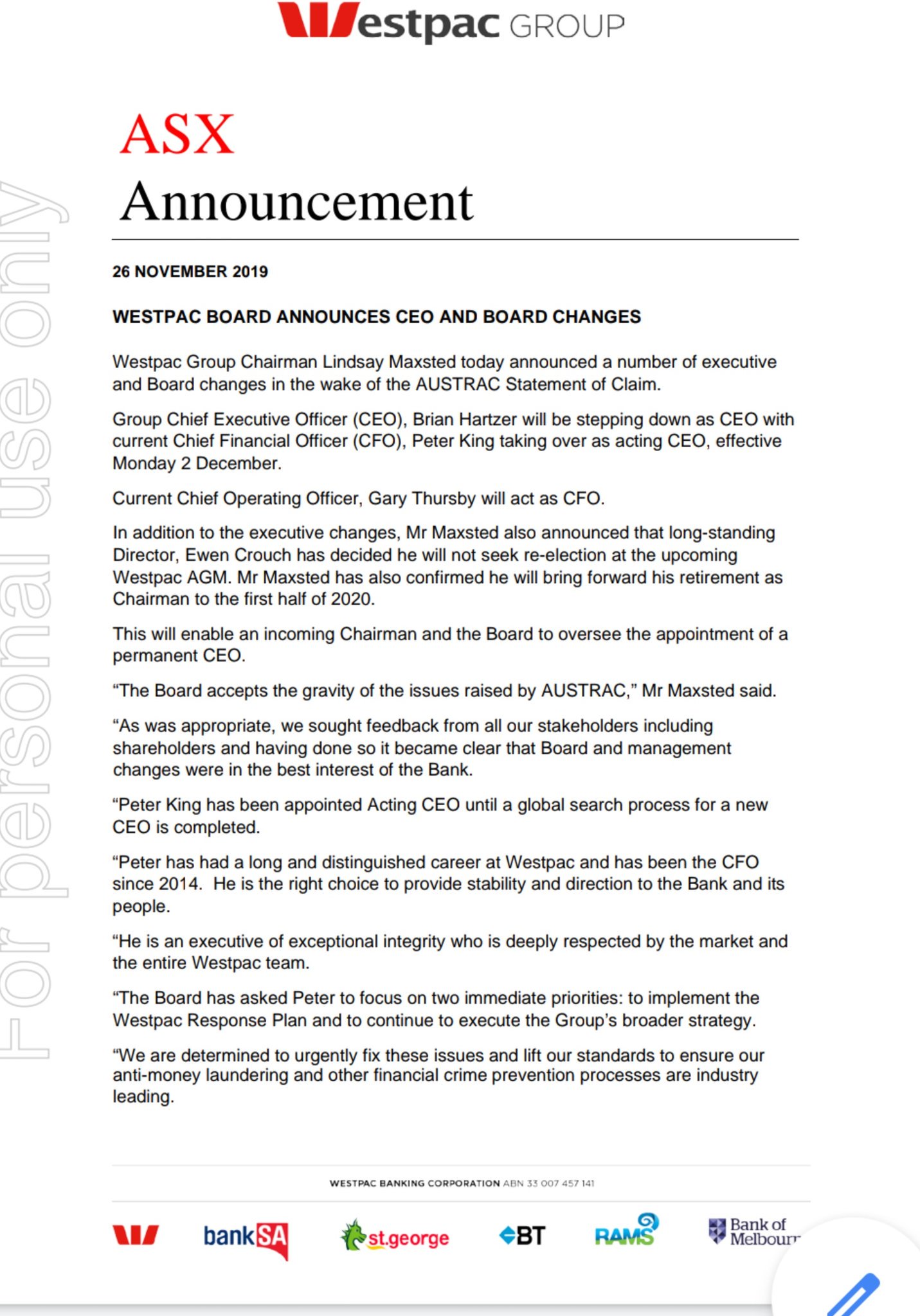 Mr Hartzer will be given a 12-month payout, totalling $2.68 million.

Westpac Chairman Group Chairman Lindsay Maxsted is another casualty of the scandal, announcing he will “bring forward his retirement” to the first half of 2020.

Current Chief Financial Officer, Peter King, will serve as the CEO until a long-term replacement is appointed.

“They’ve done too little, too late, and they haven’t managed what is really a disgraceful situation.

“We still think that some of the directors that have been around since 2015… need to have a bit of a think about their positions as well.”

Head of research for Institutional Shareholder Services Vas Kolesnikoff tells Ross Greenwood shareholders would have driven the decision to step down the CEO.

“I think shareholders would have expressed their concern that the board and management don’t seem to be willing to accept accountability.

“Mistakes are made, however in this game that is corporate Australia responsibility needs to be accepted by boards and their management for their actions.