‘Western Sydney will be one of the hardest hit’: Emergency services issue extreme heat warnings

Temperatures across Australia’s south-east will soar into the 40s today, kicking off a week-long heatwave.

NSW Ambulance holds significant concerns for the elderly, firefighters have warned of an increased bush fire risk and Surf Life Saving NSW will boost numbers on our beaches. 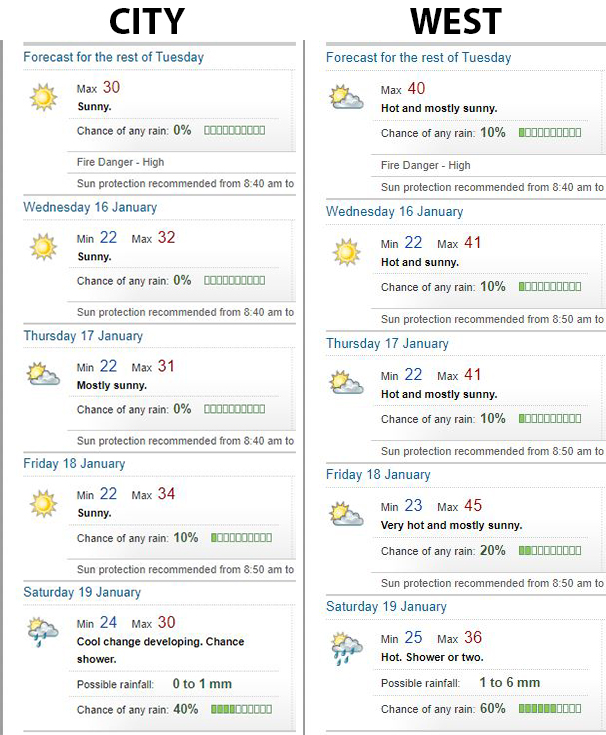 Bureau of Meteorology senior forecaster Steven Woods tells Steve Price western Sydney will be one of the hardest hit.

“The worst will be on Friday where it will be 45.”

The state’s Heatwave Sub Plan has also been activated.

He tells Afternoons the RFS and extra paramedics will be put on standby.

A key part of the plan will also involve “informing the public of the dangers,” he says.

“Then some of the strategies that they can put in place to ensure their safety, the safety of their families and particularly vulnerable people; the elderly, children and of course pets.”