A listener has sent Ben Fordham footage of a group of people reportedly abusing the ‘two can’ baby formula rule at Coles in Hurstville.

Alex says the group of approximately ten people “had no shame” as they took turns repeatedly returning to the store to buy cans of baby formula.

The video shows them stashing the cans in shopping carts before re-entering the supermarket.

Alex tells Ben Fordham that Coles management was aware of the situation but did nothing to stop it.

“A staff member directly said to me that centre management does not care because it’s all about money making.”

The ‘two can’ rule was originally introduced to stop shoppers from stockpiling the formula to sell in China at inflated prices.

There’s a strong demand for Australian baby formula in China, where six infants died in 2008 due to milk formula contamination. 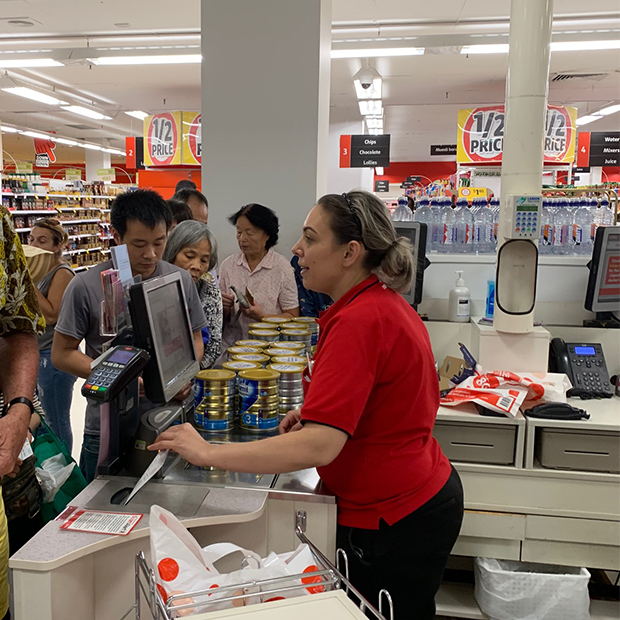