A joint operation between the Australian Federal Police, NSW Police and Border Force has intercepted 200kg of cocaine bound for Sydney.

An international syndicate is alleged to have smuggled the cocaine aboard the cargo ship MSC JOANNA.

Police intercepted the small vessel sent to collect the drugs, allegedly finding 11 crates filled with 199 packages of cocaine aboard, worth a street value of $90 million. 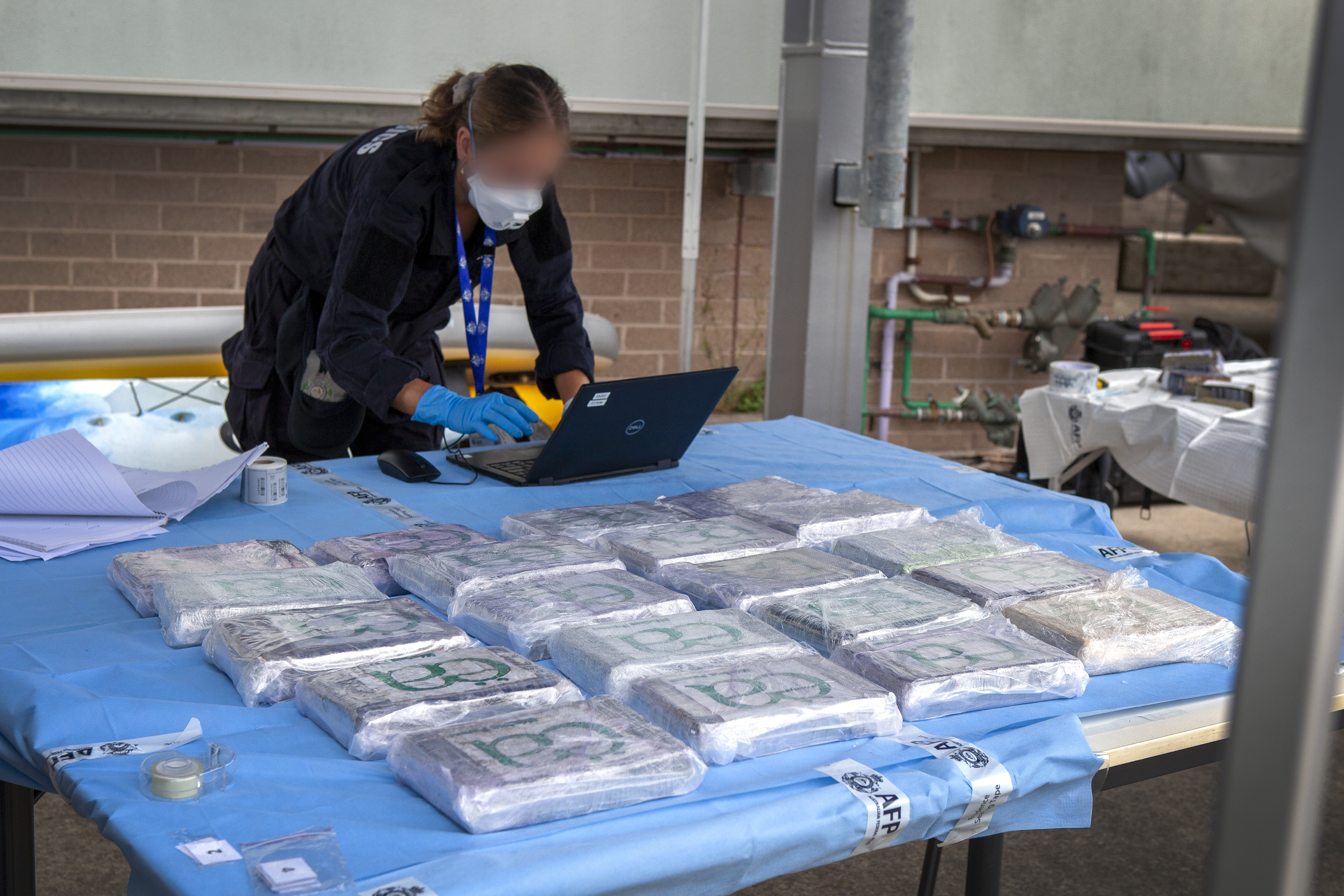 “You’ve got about $46 million worth of cocaine in a wholesale value, but of course … cocaine is cut: by the time it gets to street value it could certainly be double or triple that amount.”