A local council is insisting they are doing more to penalise people who dump their car in a residential street when flying out from Sydney Airport.

2GB listener Chris Nour has contacted Karl Stefanovic insisting the council has not been monitoring Baxter Road in Mascot near the airport.

Chris says people are leaving their cars on the street, which has three-hour parking limits, before going off on holiday.

But Bayside Council says in a statement they have increased the number of parking patrols, issuing over 165 penalty notices this year. (See full statement below)

Chris tells Karl Stefanovic the cars clog the street for weeks on end, preventing him from parking in front of his own home.

“It would be a dream to park outside.

“Some of the neighbours have made up their own parking spots. 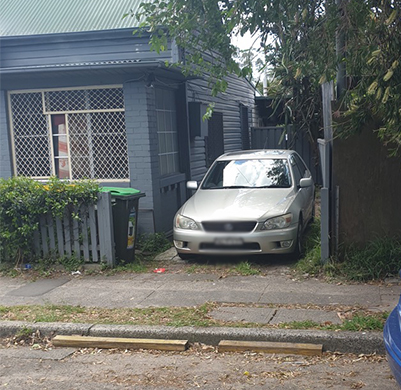 “Some cars have been here for several months.”

“Council is aware of resident concerns about parking in Baxter Road and has taken a number of steps to try and assist, including increasing the number of parking patrols in the area from weekly to randomly three to four times a week.

“Council also attends Baxter Road on receiving a complaint from a residents.

“Since January over 165 penalty notices have issued for various offences including ‘Parking continuously, No Stopping, No Parking, Double Park and Stop on/across driveway to/from land.’