Former sports minister John Sidoti has contacted the NSW Premier with his concerns over ICAC.

Mr Sidoti is still waiting on the findings from his trial to be released after being stood down in September 2019.

ICAC accused him of influencing the outcome of a local council decision at Five Dock to benefit his parents, which he denies.

Ben Fordham has revealed a text message exchange between Mr Sidoti and Dominic Perrottet, after the Premier suggested a boost to ICAC funding.

See the text messages below 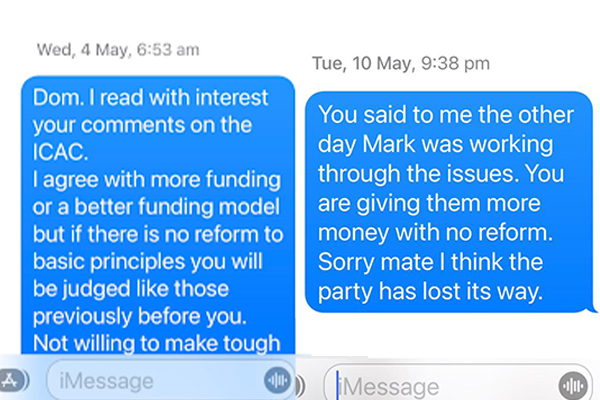