Sydneysiders are being urged to avoid all non-essential travel after devastating storms ripped through the city over the weekend.

Almost 400mm of rain fell across parts of Sydney and coastal New South Wales, causing flash flooding and leaving more than 100,000 homes and businesses without power.

The SES has received more than 10,000 calls for assistance as two flood evacuation orders were carried out on the northern beaches and in south-western Sydney.

“It’s still unsafe to go back, the roads are cut. We wanted to make sure people got out.

“It’s a mixture of this massive high tide we had yesterday as well as that area is low-lying.”

The transport network has been thrown into chaos for the Monday morning commute with trains, light rail, buses and ferries all effected.

There are road closures in place across much of Sydney with authorities urging people to work from home where possible.

Chief Operations Officer at Transport NSW (Greater Sydney) Howard Collins tells Deborah Knight train lines in and out of Sydney are impacted on the Blue Mountains service as well as from Gosford towards Hornsby.

“If you don’t need to travel today it’s going to take longer than normal, so leave that until probably tomorrow.” 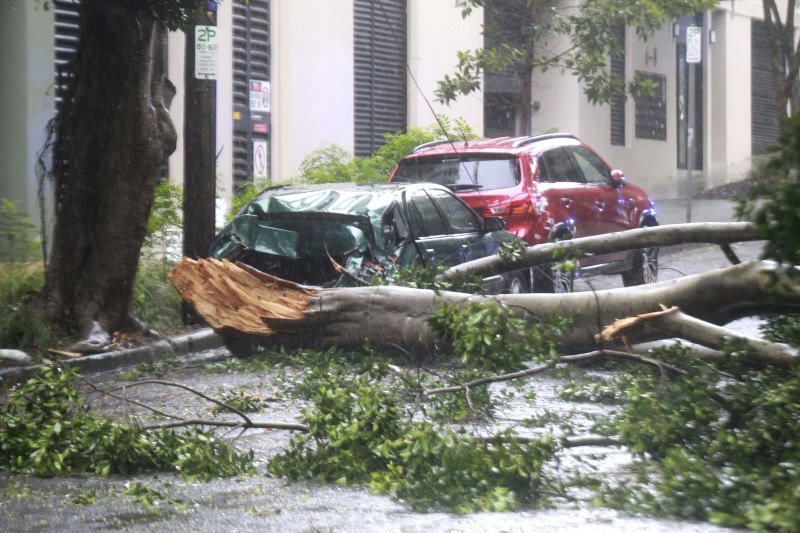 Life-threatening flash flooding warnings are in place in the Illawarra and on the South Coast as the weather system moves south.

The rain is expected to hit fire grounds but authorities say residents in those areas are even more vulnerable to flooding.

Alan Jones has a farm in the Southern Highlands and took this video over the weekend.