Sydneysiders are being warned to be careful on the roads as fog blankets large parts of the city.

The Weather Bureau is expecting the low-lying haze to clear later in the morning.

Smoke haze from hazard reduction burns is also hanging over the city again.

Listener Jason has sent in photos from an airport runway shrouded in smoke. 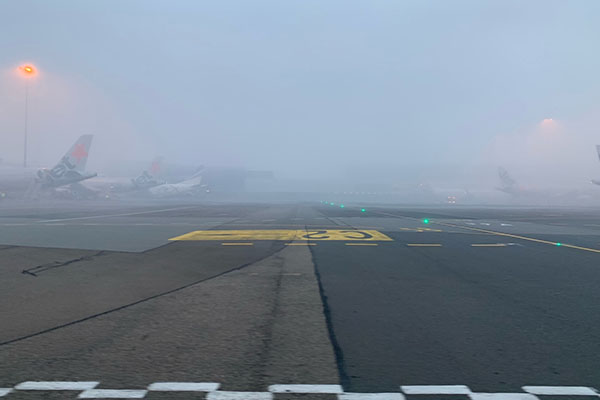 “Over the next few hours we can expect it to probably impact on a number of other suburbs but by mid to late morning we should see it lift and clear from the city.

“We should see a return to hopefully good air quality by about lunchtime.” 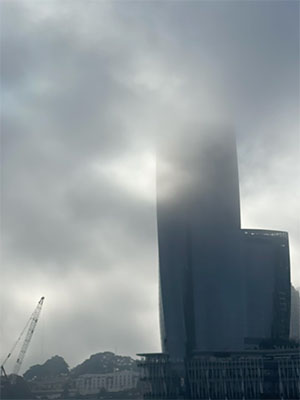