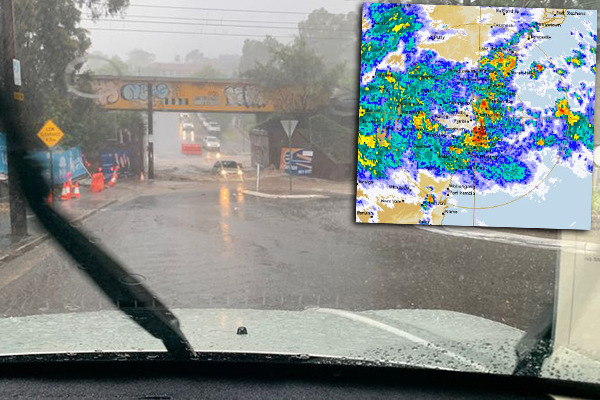 “Slow down or stay home”, that’s the message from NSW Police as Sydney is hit by torrential rain, flooding and damaging winds.

An SES volunteer died after collapsing while assisting during the wild weather while another person died following a two-vehicle crash at Thornleigh.

Emergency crews and firefighters have performed more than a dozen floodwater rescues and have received more than 1100 calls for help.

210 volunteers are out and about in Sydney with Commissioner Mark Smethurst telling Chris Smith they’ve already responded to 875 jobs.

The second phase of this rain event is now beginning to spin up over parts of #NSW. Storms & intense rain are are starting to return to areas incl #Sydney #Newcastle & #Wollongong. This system has already proved to be dangerous so commuters check warnings https://t.co/Ayc0ffpmyI pic.twitter.com/OjYyHPwtYY

She says there is also a high chance of isolated thunderstorm activity, but we can expect the rain and the winds to ease later tonight and into Thursday morning.

#FRNSW firefighters had to negotiate flooded roads while responding to an alarm in Artarmon this morning. Take care if you’re travelling today and don’t enter floodwater. Like the @NSWSES says – if it’s flooded, forget it! pic.twitter.com/F7TWNTmRKz

Two police officers have been injured while assisting motorists trapped in floodwaters on Pittwater Road at North Ryde.

Officers were clearing the road when a tree fell on them and a vehicle.

Her partner is being assessed for a possible concussion.

He says they’ve attended 71 motor vehicle crashes between 6am and 4pm this afternoon, with 12 people taken to hospital.

Click PLAY below for hear from Acting Superintendent Steve Vaughan

The weather has impacted more than just our roads, with Sydney Airport ceasing all operations briefly.

Many domestic and international flights cancelled.

⚠ ⛈ Due to adverse weather conditions today, we expect that International and Domestic terminals will experience some flight delays and cancellations. Please contact your airline for more information.

Rainfall has reached drought-affected areas across the state that need water the most.

Agriculture climatologist Anthony Clark tells Chris Smith high rainfall has been recorded in parts of the Hunter as well as in the northern, central and southern tablelands.

He says falls of this magnitude can be a “two-edged sword” and can cause emergency issues with livestock.

See photos of the flooding 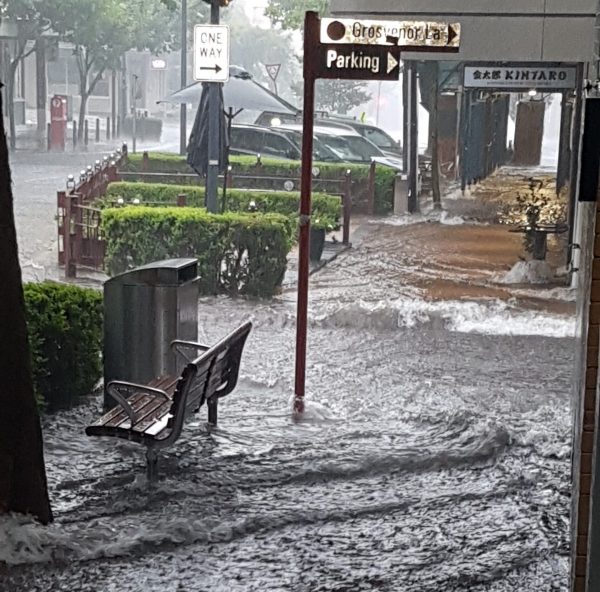 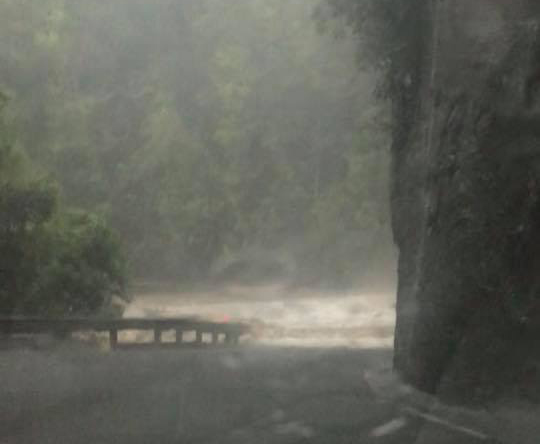 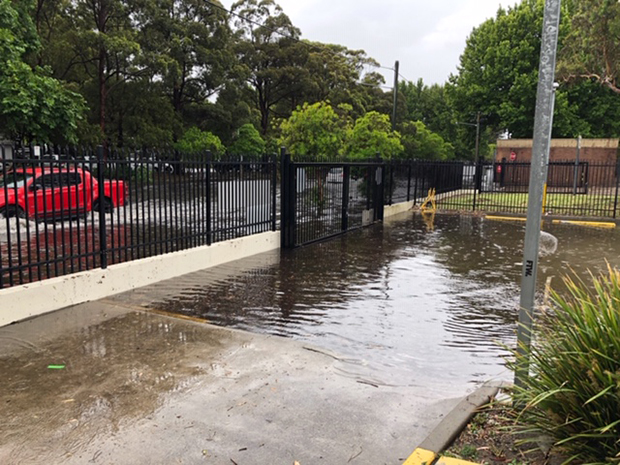