Rescue crews are searching for anyone who might be trapped after a building collapsed in Sydney’s south-west.

The old two-storey building on New Canterbury Road at Hurlstone Park has been reduced to a pile of rubble.

Urban search and rescue crews are on the scene now, with sniffer dogs trying to determine if anyone was in the building at the time.

It’s unclear what caused the building collapse but the two-story building was next to a construction site.

A silver car was crushed by the building but Fire and Rescue crews now believe nobody was inside either the building or the car at the time. 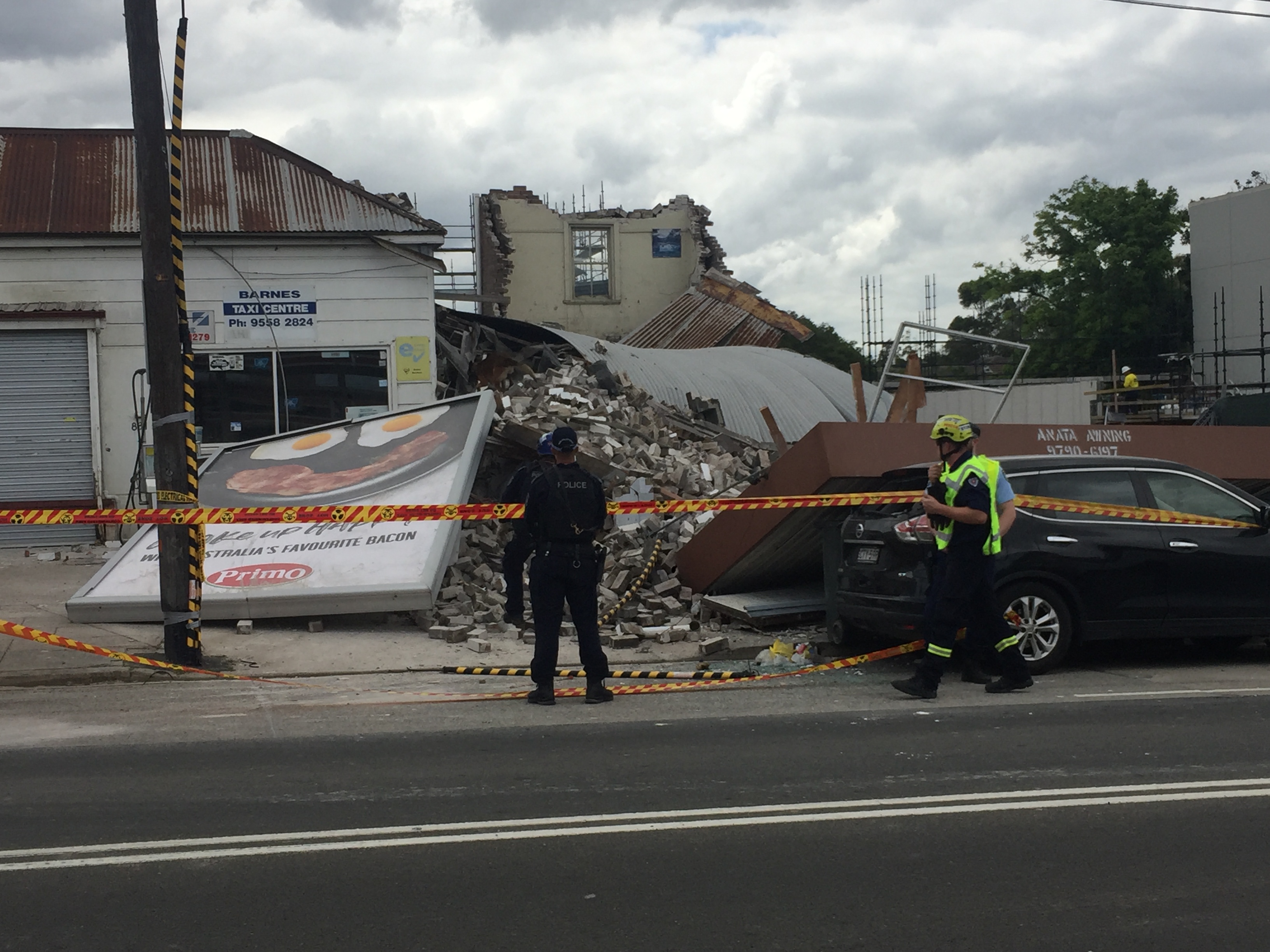 2GB Reporter Clinton Maynard is on the scene, telling Deborah Knight the situation is precarious.

“Police and a large number of Fire and Rescue teams are here. At this point Deb, we don’t know whether anybody is trapped inside. It’s a very precarious situation here at the moment.

“That search dog now… it’s now climbing all over these bricks, sniffing through that rubble to see whether there’s any sign of human life.”