A sloth has been rescued from the Harbour Bridge by Transport for NSW.

The stranded sloth wasn’t an escapee from Taronga Zoo, it was ‘Slothie’, the beloved cuddly toy of 4-year-old Ava.

Many parents will know the anguish involved when their child’s prized soft-toy goes missing, so when Ava’s ‘Slothie’ fell out of their car window as they travelled over the Harbour Bridge, it was action stations for her family.

This included Aussie journalist Julia Baird, who is the godmother of Ava, tweeting to her 72,000 followers about the missing toy.

Four days later Transport for NSW tweeted the news Ava’s family was waiting for: ‘Slothie’ had been found! 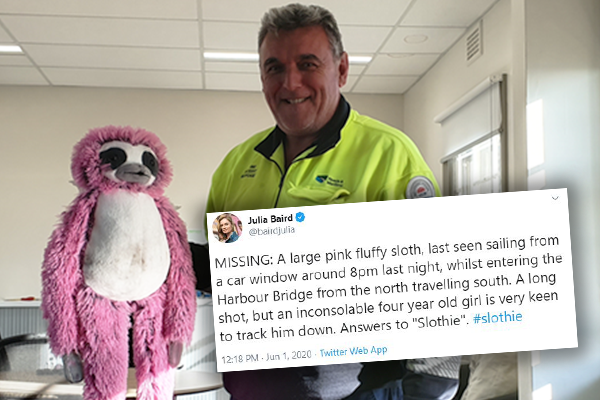 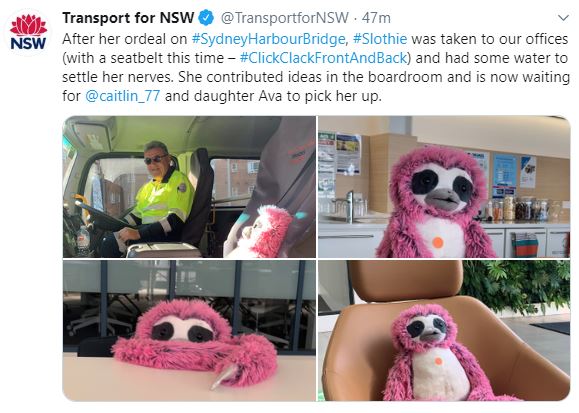 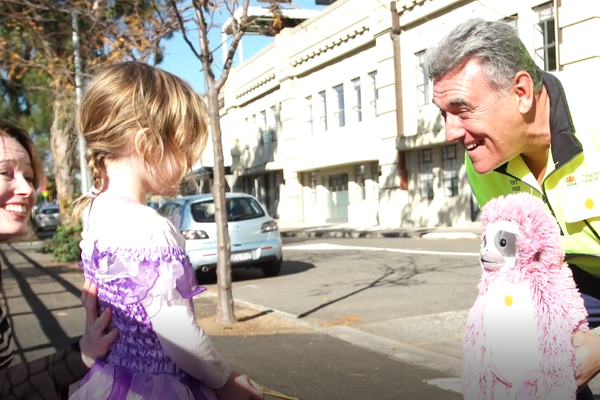 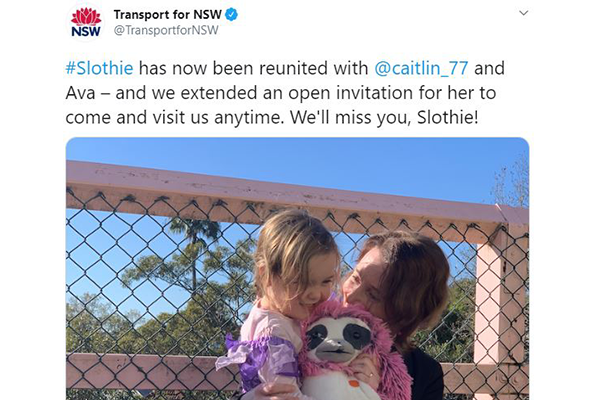 Ava’s mother Caitlin told Deborah Knight they could not believe they managed to find ‘Slothie’.

“Slothie… was found by a lovely guy called Jimmy who’s part of the maintenance crew for the Sydney Harbour Bridge.

“They had sort of put a bit of effort into looking out for this ‘Slothie’… and miraculously found her.

“Their kindness, it’s really turned this into a very beautiful ending to what could have been a pretty sad story.”