Since when are caricatures meant to be flattering?

Herald Sun cartoonist Mark Knight has been slammed online for his depiction of Serena Williams at the US Open final.

Mr Knight drew an image of Williams jumping on her racket, with a dummy on the floor, alongside a caption of the umpire telling her opponent, “Can’t you just let her win?”.

“I’ve got no understanding of the reaction,” says Ray Hadley.

“You see, cartoons of people in the news are not supposed to be portraits, they are by their very nature caricatures – that’s what cartoonist draw.”

See below Mr Knight’s cartoon below 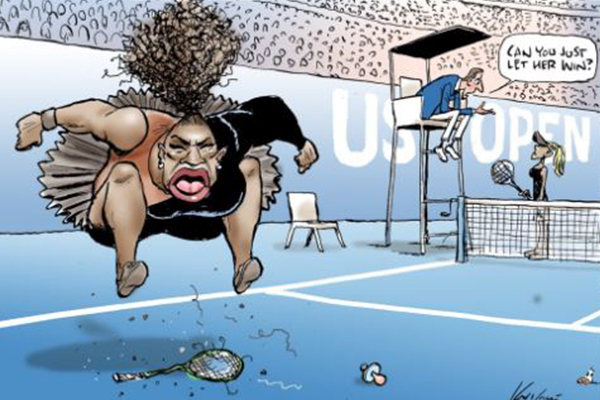 Ray Hadley makes the point that caricatures are very rarely flattering and he himself has been the target of many over the years.

“I’ve got quite a few hanging in my office over the past 20 years.”

“They’ve made me look even more ridiculous than I actually do look… but that’s what cartoonists do,” says Ray.

Below are caricatures depicting Ray himself. 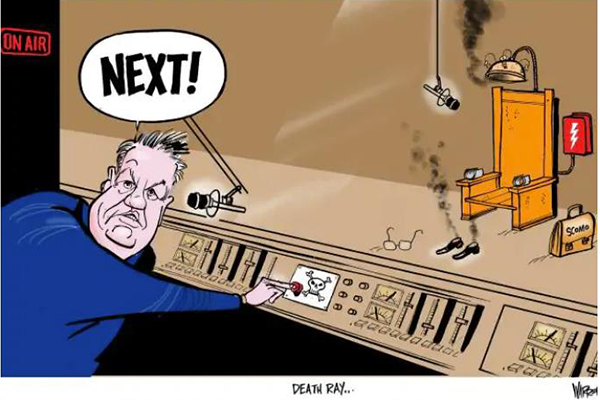 Warren Brown’s take on Ray dumping then Treasurer Scott Morrison from his program in 2017. 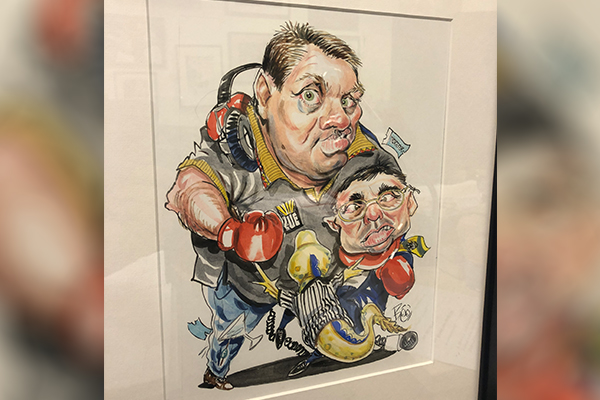