A mass grave of greyhounds has been discovered at the property of a registered trainer in Sydney’s west.

RSPCA inspectors uncovered an open pit with the remains of nine dogs at Marsden Park, following a tip-off.

A dozen emaciated greyhounds, with dental disease and overgrown nails, have been seized. 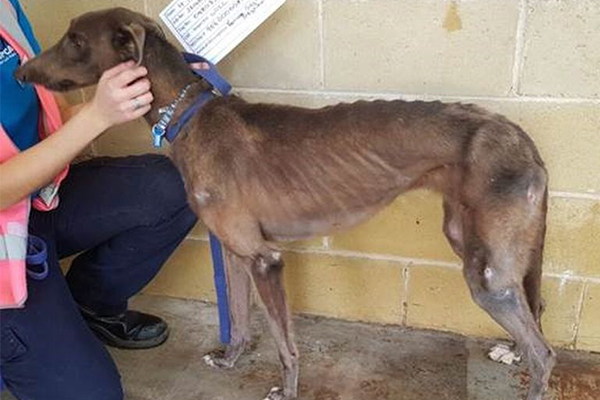 One of the emaciated greyhounds discovered on site.

“It is pretty sickening and, can I tell you, quite confronting for our staff,” Steve says.

“Our inspectors, having to literally grab a shovel and dig these animals out so they can be properly assessed and subjected to a post-mortem… it’s difficult to describe.”

Mr Coleman says the grave and the starving dogs were found at a property owned by a registered greyhound trainer.

“Our understanding is that he hasn’t been racing in more recent years… but that he is registered in any event and ultimately was in control of all these greyhounds.”