School-ground chaos: Parents told it’s not safe to drop off and pick up children

Some parents have been told it’s not safe to drop off and pick up their children at Oran Park Public School in Sydney’s south-west.

One listener sent Ben Fordham the letter (see below) addressed to parents of the school which says access to the playground before and after school will be limited.

It’s the same school that last year, was at 150 per cent capacity with dozens of demountables sprawled across the grounds. 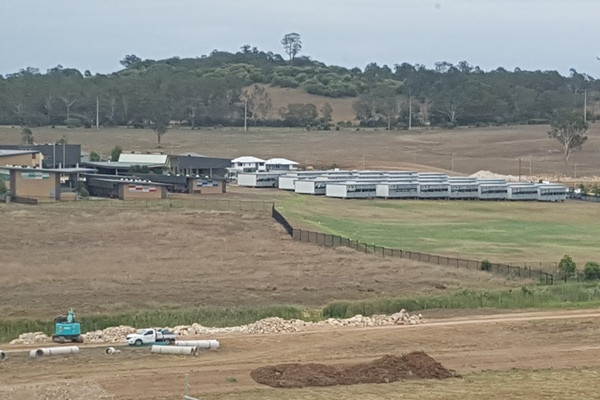 And now, the school’s overcrowding issue is worse than ever.

Ben Fordham has consistently spoken out on the demountable classroom chaos, calling on Education Minister Rob Stokes for answers.

Speaking with Ben, the minister says he understands the frustration but the decision has been made for safety.

“I totally understand the frustration parents are going through.

“A lot of these schools are now makeshift construction sites.

“The good news is…. we have a massive unprecedented building program across the state that will see hundreds and hundreds of demountables removed permanently and replaced with new permanent classrooms.”