Ben Fordham has revealed a school is defending the possession of religious knives after a stabbing earlier this month.

A 16-year-old boy was stabbed during lunchtime at Glenwood High School.

A 14-year-old boy was charged with two counts of wounding a person with intent to cause grievous bodily harm.

Ben understands a religious knife was used in the stabbing.

Ben Fordham Live has obtained a letter sent to parents by the Principal of Glenwood High School. (See full letter below)

The Principal assures parents they are “working with the Department and community representatives to discuss how best to enable students to meet aspects of their religious faith and, at the same time, ensure our school remains a safe place for students and staff.”

Ben says the Education Department should ban knives in schools.

NSW Premier Gladys Berejiklian says she doesn’t believe there are any circumstances in which students can bring a knife on to school grounds, and has promised to look into the matter.

Click PLAY below to hear the update from Helene Lambetsos 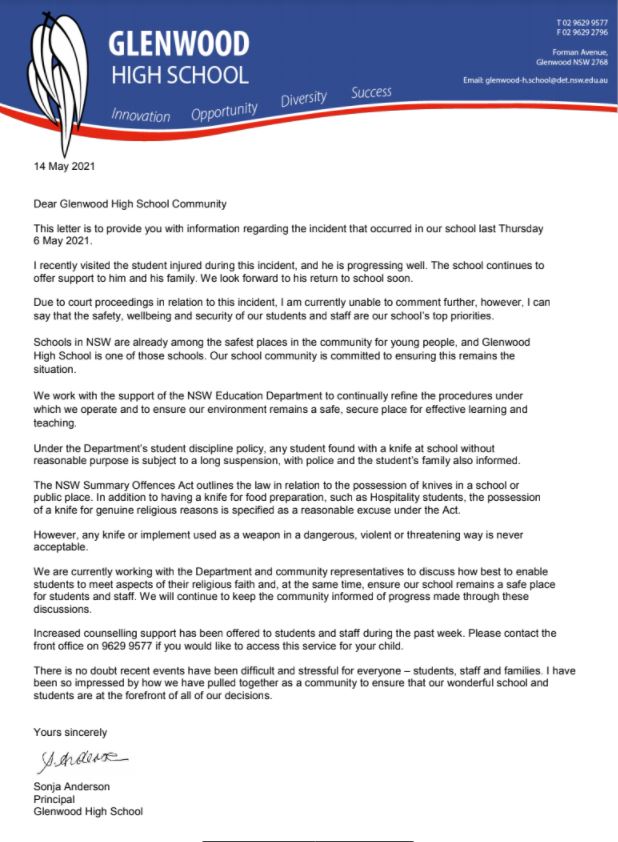