Root leads the resistance as England dare to dream 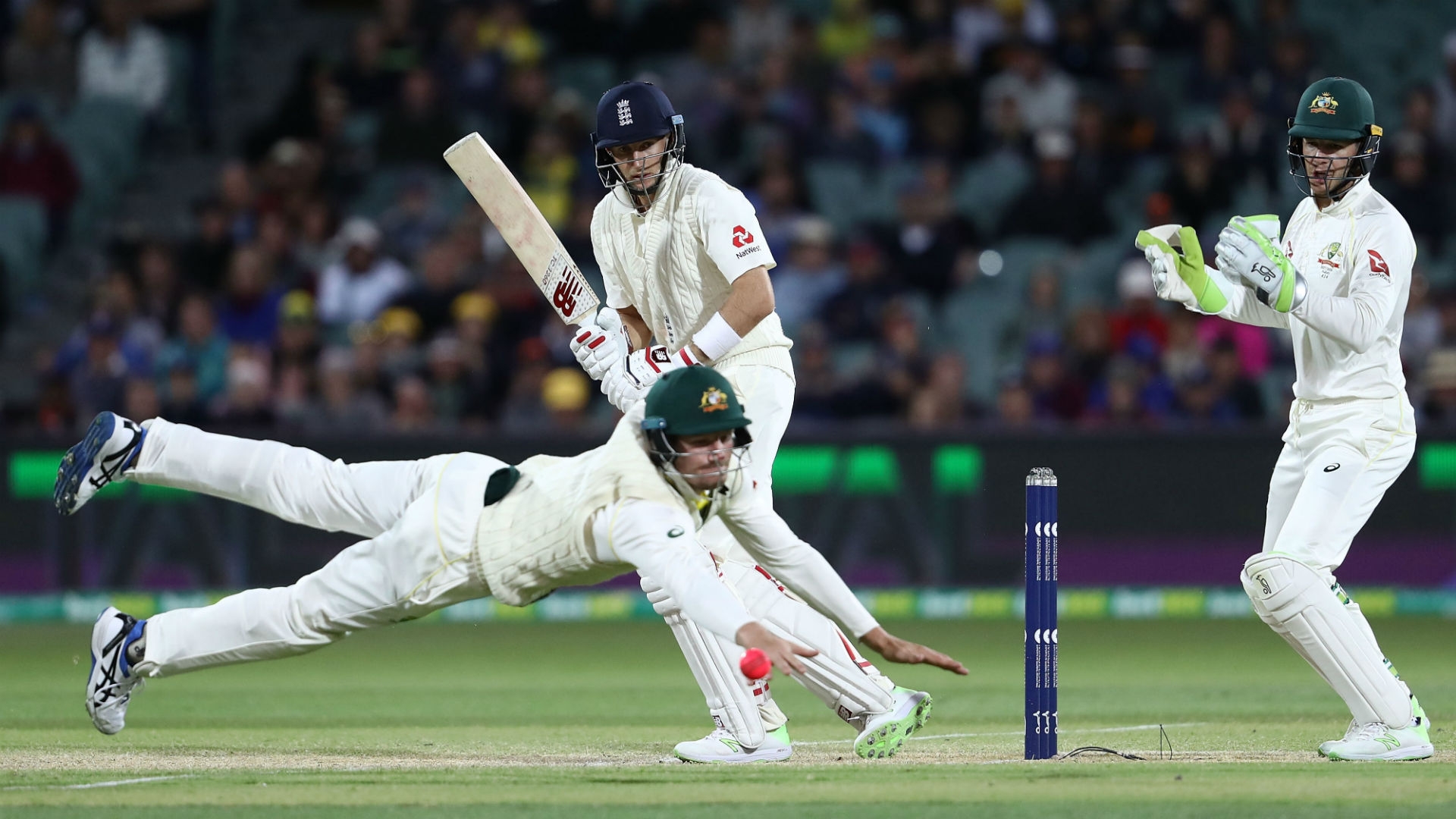 England captain Joe Root ended day four of the second Ashes Test unbeaten on 67 as the balance of power began to slip away from Australia in Adelaide.

Victory the maiden Ashes day-night Test was firmly in Steve Smith’s grip after England were all out some 215 runs shy of Australia’s first-innings 442-8 declared, but a refusal to enforce the follow-on now looks as questionable as Root’s bowl-first tactic at the toss, with the tourists navigating to 176-4 at stumps, 178 shy of a record-breaking victory target.

England’s highest successful run chase is 315-4, executed against their old rivals at Headingley in 2001, but their hopes were raised steadily throughout Tuesday as the hosts were bowled out for 138 and James Anderson took a first five-for in Australia.

Anderson and Chris Woakes had blown away Australia’s top order under the lights on Monday, but the home attack could not find similar assistance, bowling with a ball much older than England had used 24 hours earlier.

After Alastair Cook and Mark Stoneman set a solid platform with a rare last-innings fifty partnership, Root and Dawid Malan (29) took on the mantle to set up a thrilling final day that had looked so unlikely at the midway point of this match.

England backed up their excellence under the lights the previous night with a committed display from the off on Tuesday, with Anderson once again at the fore.

A bouncer caught Lyon on the grille and preceded a swishy spell from the nightwatchman before he scooped Anderson to mid-off, with Peter Handscomb nervously travelling across his crease in an unconvincing display before he was well caught by Malan in the cordon.

Woakes (4-36) had ably backed up England’s premium pacer on Monday and did so again, tempting Tim Paine (11) into another hook to square leg and clean bowling the obdurate Shaun Marsh for 19 before Anderson’s crowning moment came when Mitchell Starc’s vicious vigil was ended on 20 as he creamed one up in the air to Moeen Ali at cover.

Craig Overton removed Josh Hazlewood for three to confirm England’s challenge, a record run chase on this ground and the 10th-highest winning fourth-innings dig in history.

Stoneman flicked Starc for a trio of mirroring fours in the fifth over of England’s chase and the luck began to turn as Smith opted not to review when Cook was hit on the pad with leg stump in peril.

Nathan Lyon tilted the momentum back, however, and almost had Cook stumped before a sweeping Stoneman was spilled low down by Hazlewood.

The openers’ fortune swiftly ran out, however, with Cook (16) given out lbw to Lyon on review and Stoneman (36), bogged down by spin, attempting to kick-start his innings, only to dab Starc to gully.

James Vince was again out driving for just 15 as Australia began to smell blood, but Root and Malan bedded in impressively.

Root successfully overturned being given out lbw to Lyon and Smith burned both of his reviews inside three balls: First, for an alleged nick behind by his opposite number and then a leg-before shout against Malan.

The left-hander had another life when he played against the spin and edged Lyon to first slip, but the ball would not stick in Smith’s palm as the home skipper began to wear an increasingly weary expression.

Root’s, by comparison, was typically cheeky and he brought up a 34th Test half-century by cutting Starc and the partnership passed fifty two overs later.

Smith’s mood may not have been helped by the sight of England’s ‘Barmy Army’ offering the signal for a review when Malan and Root again wore ones on the legs but were given not out.

But Pat Cummins brilliantly penetrated Malan’s defences for the second time in this match, with Root and Woakes (5*) scrapping to the close against a reinvigorated home attack.