Rob Oakeshott supporter proves just how stupid they are

If backing Rob Oakeshott wasn’t silly enough, this supporter has proved their idiocy beyond any doubt.

A photo discovered by Triple M Coffs Coast shows a car with a giant Rob Oakshott poster stuck to the back window.

It would clearly be obstructing the driver’s view and, even more worryingly, is blocking the vehicle’s number plate. 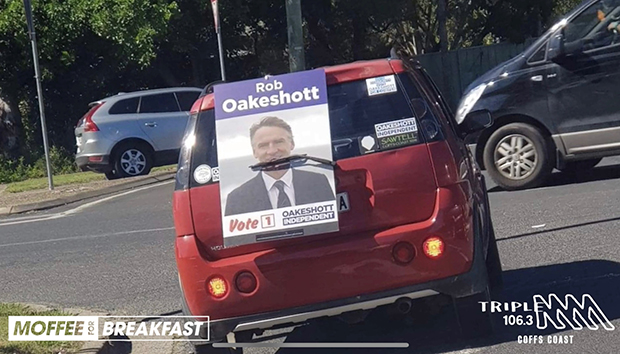 The former MP, turned medical student, is running as an Independent in the seat of Cowper, on the Mid North Coast.

His supporter’s car is topped off with at least three Rob Oakeshott bumper stickers on the rear window for good measure.