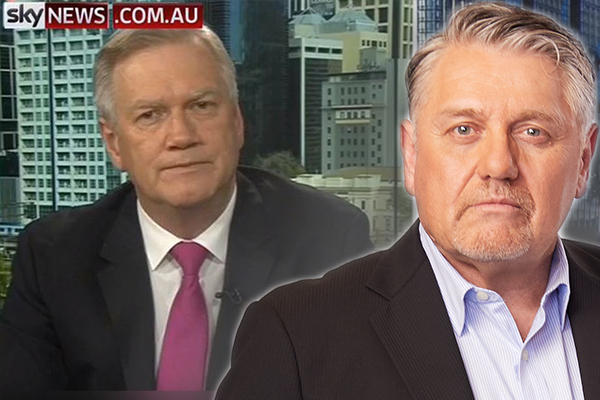 Ray Hadley has torn shreds off Andrew Bolt for what he considers is “creepy behaviour” in repeatedly defending paedophiles.

The Sky News host has apologised to Paris Street, the victim of St Kevin’s paedophile Peter Kehoe, after trivialising his abuse on television on Tuesday.

Bolt minimised Kehoe’s child grooming conviction, saying “[he] hit on a boy at that school. No sex occurred”.

He and fellow commentator Gerard Henderson went on to defend St Kevin’s Principal Stephen Russell for writing a character reference for the convicted paedophile.

Bolt: “How terrible was it really?”

Henderson: “Not at all. It was a terrible pile-on against St Kevin’s within the ABC tradition of attacking mainly Catholic institutions.”

Mr Street has responded saying he was shocked at how the crime was “trivialised” by the pair and urged them to never make such comments again.

“If you displayed any sympathy towards me, you wouldn’t be minimising what was inflicted upon me.

During his apology, Mr Bolt took a thinly veiled swipe at Ray Hadley and other members of the media, claiming was the victim of a “ghastly misrepresentation”.

“People who I’ve criticised before in the media took this opportunity to say ‘oh, you’re soft on pedophiles and all that’ and I was so angry and disappointed,” he said.

Ray Hadley has now responded with a passionate, emotional and explosive rebuke of Andrew Bolt and his history of defending paedophiles.

“Mr Bolt, criticism of me by you is water off a duck’s back. You do a lot of good in the community but by crikey when it comes to paedophilia you’ve got a very poor record.

“Mr Bolt has a history of defending people who are convicted of paedophilia… that’s on his conscious, not mine.

“I’ve been an ambassador of Bravehearts for two decades, Mr Bolt. I’ll stand my record in condemning paedophilia against yours any day of the week.”

We’ve had a huge reaction to this.

Ray went on to say Mr Bolt has been rightly criticised for what he considers “creepy behaviour” and that Paris Street never should have been put through further pain.

“You bloody well are. You are soft on paedophiles. And the only reason you’ve made an apology is because you’ve been targeted by various social media groups for your creepy behaviour.