Ray Hadley has torn into convicted police station cougher William West’s “absolute contempt” for the court system, and the magistrate who gave him a second chance.

21-year-old William West was yesterday found guilty and fined $550 for deliberately coughing on a 71-year-old police station employee in Coffs Harbour in March, claiming he had COVID-19 while doing so.

The incident was caught on camera, filmed by a female companion.

Ray Hadley uncovered a Facebook post made soon after the sentencing wherein Mr West brags about his light punishment. 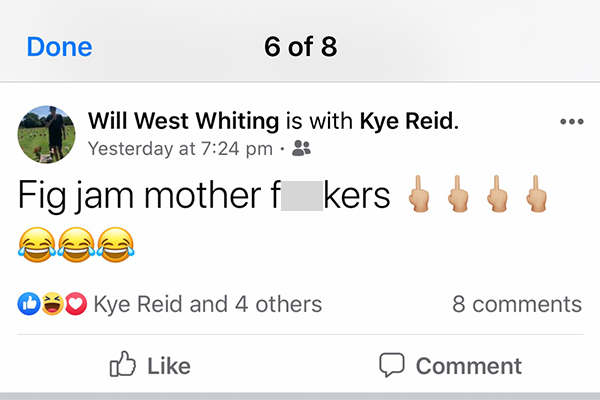 “Magistrate Rodgers … I know you’ve got a tough job to do, but you’ve been played for a mug,” Ray commented.

“This bloke has played you off a break.

“You have put your faith in a lowlife.”

WATCH | ‘Imbecile’ coughs on police, claiming he has coronavirus