Ray Hadley is calling for a longer suspension for Parramatta’s Dylan Brown, after a dangerous play left another player in hospital.

Roosters playmaker Drew Hutchison was rushed to hospital halfway through Friday’s match, suffering a punctured lung and broken ribs, after Brown landed on his back, lead by his knees.

Brown was handed a grade three dangerous contact charge and has been suspended for just three weeks. 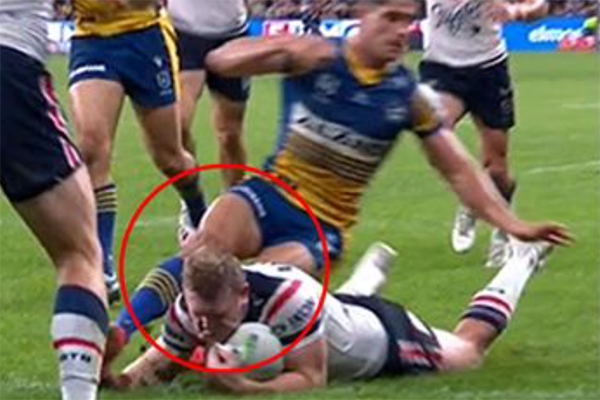 “You can’t convict of doing it deliberately, but by crickey, if there are degrees of being deliberate from 1 to 10, this was a 9.5,” Ray Hadley said.

“I don’t know who decided that it was okay to give this young bloke three weeks, but they’re a mutton-head.”

Ray said a suspension of eight to nine weeks would have been more appropriate.

“When are we going to get fair dinkum?”

Press PLAY below to hear Ray Hadley’s comments in full