Ray Hadley presents another huge cheque for the fight against MND

Ray Hadley has very proudly donated another huge cheque towards the fight against Motor Neurone Disease.

He’s been an ambassador for the cause for around two decades now, helping raise awareness and funds as researchers search for a cure.

MND is an insidious disease which shuts down a person’s muscles until they can no longer move, eat and eventually breathe.

Ray was joined by Sony Australia CEO Denis Handlin in studio to present a cheque for $80,000 towards Professor Dominic Rowe’s research at Macquarie University Hospital. 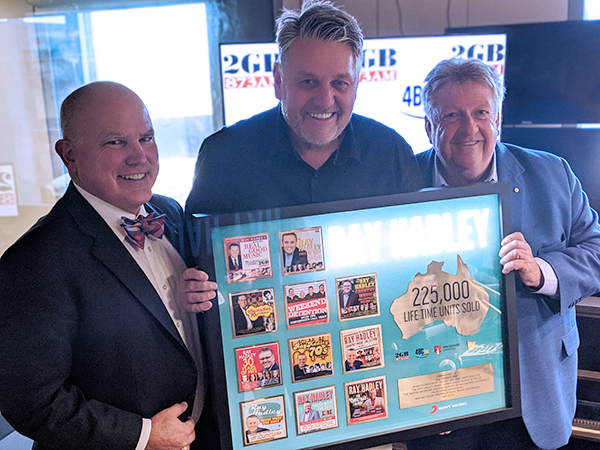 The funds have come from his latest compilation CD, Ray Hadley – The Christmas Album and takes the total raised to more than $360,000.

Professor Rowe says he’s desperately working to make himself redundant by finding a cure for the “bastard” of a disease.

Ray was also presented with a plaque from Sony Australia has his compilation CDs passed more than 225,000 units sold, all in the name of charity.

Or you can send a cheque directly to Professor Rowe and his team.

Made payable to: Motor Neurone Disease Service at Macquarie University