A tsunami watch alert has been downgraded to a beach and marine threat following a 8.1 magnitude earthquake off New Zealand’s North Island.

Thousands who had to evacuate their homes on Friday morning are now being told they can return but are still being advised “to not get in or near the water” around coastal areas.

“It is now a ‘beach and marine’ threat they’re calling it, which means there is still advice to not get in or near the water on New Zealand coastal areas but thankfully it does mean those who had to evacuate this morning are able to finally head home.”

Click PLAY to hear the latest from New Zealand below

Two 7.3 and 7.4 magnitude quakes shook the NZ coast earlier this morning, prompting warnings to move as far inland as possible.

Waves of between 1 and 3 metres are expected to hit the north coast of the North Island, with the whole country’s coastline on alert. 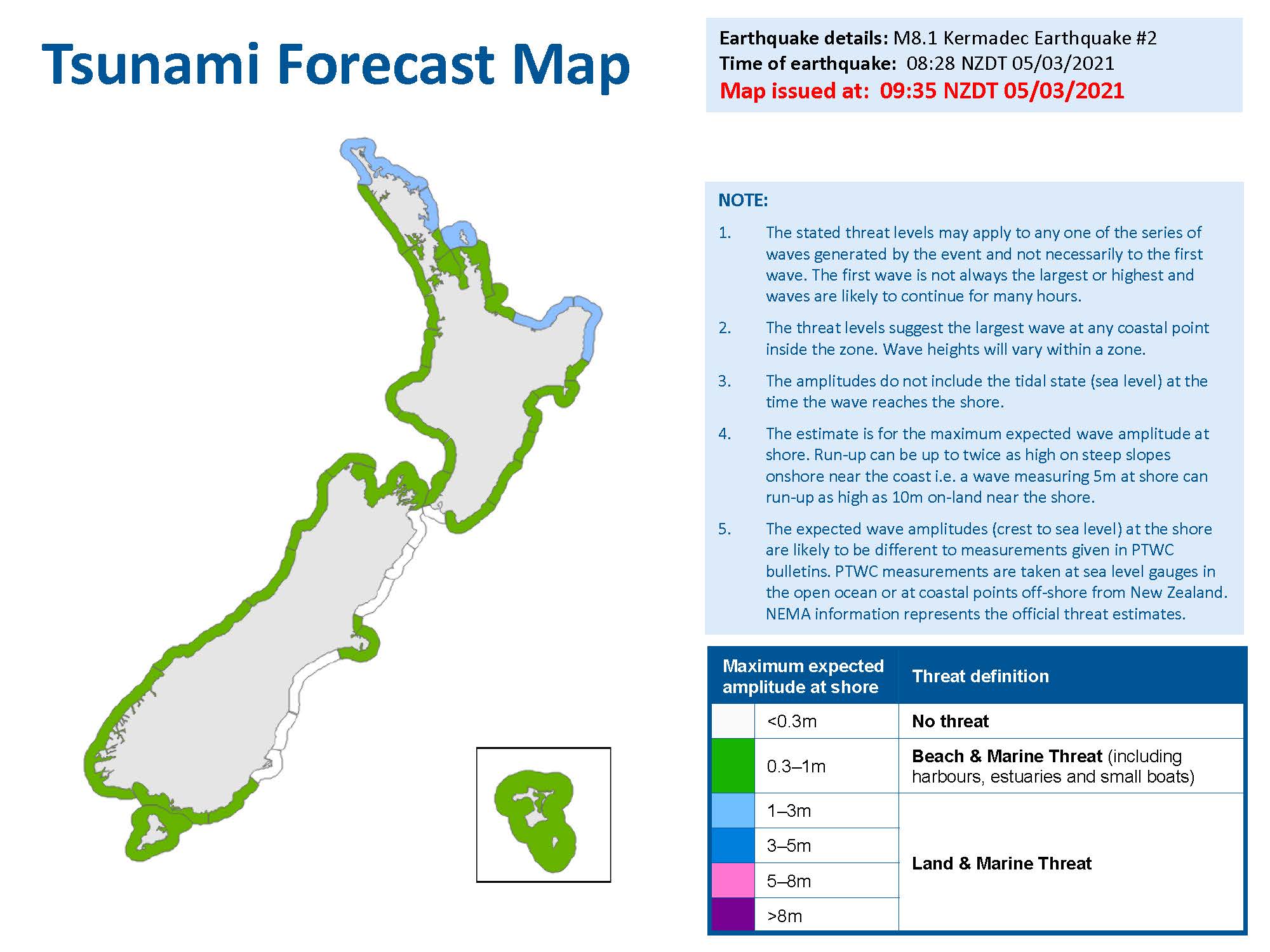 North Island resident Robyn told Ben Fordham tsunami alerts have been ringing throughout her town in the Northland region.

“My husband’s on his way home, so a lot of the businesses now are closing up. We’re really waiting and watching to see what’s happened and whether we go to high ground.”

He explained that Norfolk Island has been issued with a ‘possible marine threat’.

“That means there are unusual conditions offshore, so if you’re on a boat or on the beach you’ve got to be careful for that.”

The Bureau of Meteorology warns a potential impact on Norfolk Island is expected to hit from 10am.

The Olive café owner Naomi told Ben despite receiving a text message warning residents to stay out of the water, it’s otherwise “business as usual”.

“There’s not too many low-laying houses around the coast … we’re all set up pretty high; we’re pretty much known as being on a rock.

“The café’s up quite high compared to the low level of the water.”

However, he warned those on the island not to put emergency services personnel at risk by failing to heed the warning.

“The best thing to do is just stay out of the water today, until we can make further assessments.

“We’ve just got to see this one out, and make sure we do as we’re told.”