Horrific posters calling for the execution of Jewish and gay people are being spread across Sydney and police can’t do anything about it.

As the law stands, the Neo-Nazi group behind these posters can’t be stopped.

Although incitement of violence is prohibited under Section 20D of the NSW Anti-Discrimination Act, a prosecutor must prove an offender committed a crime because someone else told them to do it.

NSW Jewish Board of Deputies CEO Vic Alhadeff tells Ray Hadley something must be done.

“It’s disgraceful, it’s horrific, it’s unacceptable that anybody in this country in 2018 can publically call for violence, death, murder against any group of fellow Australians.

“The law in NSW effectively says, go for your life. Let’s wait until something happens before we take action.

“The police cannot have their hands tied in that way.”

Mr Alhadeff says thousands of Australians have joined the group Keep NSW Safe, to get the law changed.

“We’ve put a submission to the NSW government saying quite simply if you incite violence against members of the police, the armed forces, against anyone on the basis of race, gender, sexuality… that right there is a crime.”

Just one of the posters being spread across Sydney streets. The others are too graphic to publish 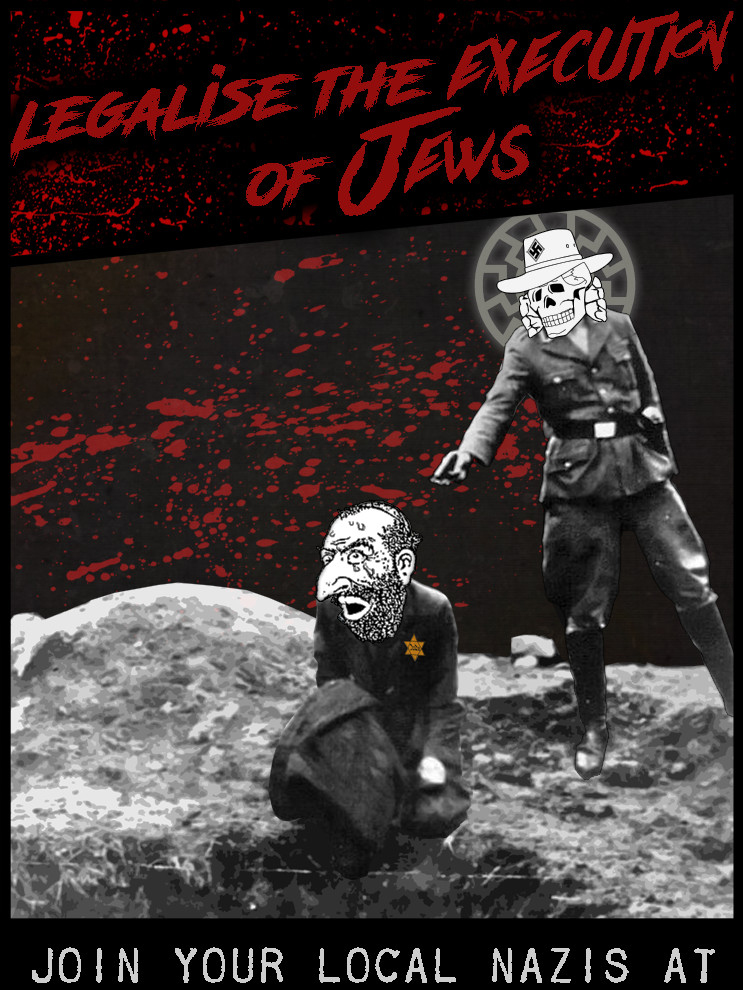