A 38-year-old man is expected to be charged after allegedly slashing a police officer’s head with a knife in Sydney’s northern suburbs.

A hour-long siege began this morning at a Gladesville unit when police responded to a domestic violence report.

Nine News reporter Laura Tunstall told Jim Wilson a woman approached Gladesville Police Station around 11am, alleging her partner had threatened her with a knife.

Police allege the man was armed with two knives when they entered the property, attacking a 26-year-old male probationary constable (see below [warning: graphic])

“The constable was in a scuffle and got cut on the back of the head … and also suffered a dislocated shoulder as well.” 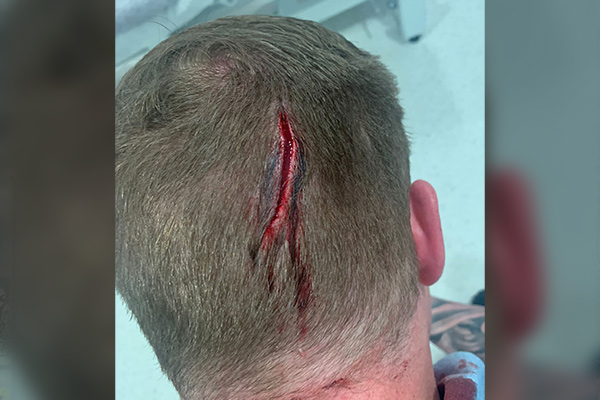