When polio indiscriminately cut down the fit & healthy

Following news that there has been only two cases of poliomyelitis (polio) reported worldwide so far this year, Michael speaks with Professor Joan McMeeken AM PhD, Faculty of Medicine, Dentistry & Health Sciences at The University of Melbourne, about the days when the disease indiscriminately cut down the fit and healthy and what it was like in Australia for those who contracted the disease.

Professor McMeeken explains, ‘For more than half a century, through to the 1950s, Australians were periodically terrified by recurrent epidemics of polio that could potentially leave its victims paralysed, sometimes permanently.’

‘Hospital wards filled up with paralysed victims bandaged into splints and families built special carts to move around their stricken children.’

‘At its worst, victims would be left reliant on artificial respiration for the rest of their lives.’

‘It wasn’t until the 1950s that an effective vaccine was developed that would eventually eradicate the disease in developed countries; it’s estimated that 20,000-40,000 Australians developed paralytic polio between 1930 and 1988.’ 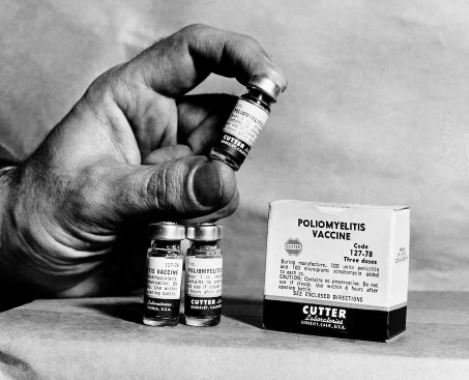