“We want to make our state a better place to live”: NSW Treasurer Dominic Perrottet

When the Liberal Party had their state election win in 2011, NSW was not in a good way.

Since, the party has taken significant strides towards bettering the state’s trajectory. But despite these positive changes, polls indicate that next year’s state election will be a close contest with Luke Foley’s Labor Party.

NSW Treasurer Dominic Perrottet  is looking to ensure that voters understand the improvements his party has facilitated.

“When we first came to government in 2011 we had the worst performing economy, one of the highest unemployment rates in the nation and things were not going well in NSW,” he says.

“We’ve turned that around.”

The government is set to deliver the biggest investment in public infrastructure that the state has seen, with an $80.1 billion spend being rolled out over the next 4 years . However, Labor has been consistently resistant.

“The Labor Party is opposing us on every single infrastructure project that we are delivering. It is easy to do that. You can run around Sydney and find people who are affected by these projects.”

“But we aren’t building for the sake of it. We want to make our state a better place to live. It won’t happen overnight, but it will happen when these projects come to fruition,” he says.

The Treasurer also addressed the GST carve up, noting that NSW taxpayers are being hard done by.

“The taxpayers of NSW are getting fleeced. I’ve always advocated for a per capita basis,” he says.

“Unfortunately, states that sit on their hands and do nothing are rewarded under the current situation.” 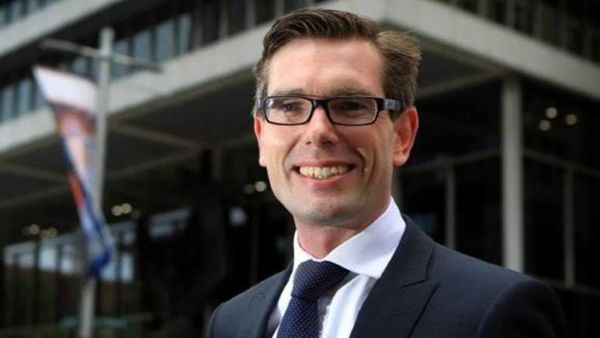