On the back of news that group of students in Massachusetts are working to pardon a wrongly convicted Salem ‘Witch’, Michael enlisted the help of Molly Northcott, PHD student at the University of New England specialising in the roll of children in the England & New England witchcraft trials 1560 – 1692, for the history of this dark period of hysteria.

The Salem witch trials were a series of hearings and prosecutions of people accused of witchcraft in colonial Massachusetts U.S.A. between February 1692 and May 1693 where more than two hundred people were accused.

Thirty were found guilty, nineteen of whom were executed by hanging (fourteen women and five men) with one other man, Giles Corey, pressed to death for refusing to plead.  At least five people died in jail. 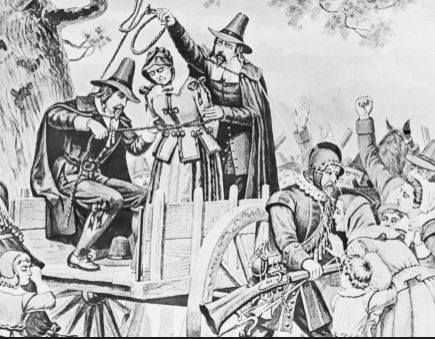