The race caller who stops a nation

Today’s Melbourne Cup brings with it a changing of the guard, as race caller Matt Hill takes over the microphone.

He replaces veteran Greg Miles who retired after 36 years calling ‘the race that stops a nation’.

The broadcaster has a mammoth task ahead of him, memorising 23 horses in race seven at Flemington and a total of 171 across the day.

“It’s photographic memory, it’s repetitiveness, it’s a little bit like a school exam. Those Melbourne Cup colours are implanted into my mind,” he told Alan Jones on 2GB Breakfast.

It’s been a long journey for the 36 year old, who started calling into a dictaphone as a child.

As a teenager he won the inaugural John Tapp race caller scholarship.

But it was a near-death experience working at the 2008 Beijing Olympics with 2GB that shaped his career the most.

After contracting a ‘super bug’ he was placed into a coma and given a 10 per cent chance of survival.

In true racing style, Hill says he was happy to “beat that odds-on favourite.”

Listen to the full interview to hear Matt’s tip for the big race. 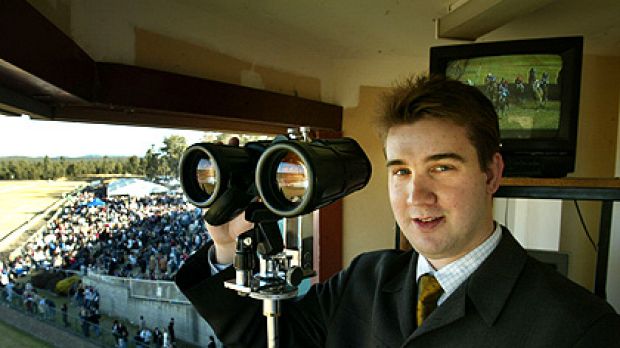