The Endeavour struck the Great Barrier Reef on June 10th 1770.  Severely damaged, it took 23 hours before the crew was able to haul the ship off the reef on a high tide.

After heaving her off the reef, the leak was finally slowed becoming manageable with only one pump, but it was more than a week before they found a safe harbour to repair the Endeavour.

Cook spent seven weeks on the mouth of the Endeavour River which would be the expedition’s longest land base during the East Coast expedition finally departing on August 10th 1770. 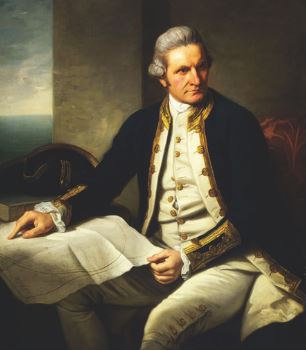