The history of General Hideki Tojo

Hideki Tōjō was the Japanese politician and general of the Imperial Japanese Army (IJA) who served as Prime Minister of Japan and President of the Imperial Rule Assistance Association for most of World War II.

Born on December 30, 1884 to a relatively low-ranking samurai family in the Kōjimachi district of Tokyo, Tojo began his career in the Army in 1905 steadily rising through the ranks to become a general by 1934.

By July 1940, he was appointed Minister of War to the Japanese government led by Prime Minister Fumimaro Konoe and upon being named Prime Minister on October 17, 1941, he oversaw Japan’s decision to go to war as well as its ensuing conquest of much of Southeast Asia and the Pacific Islands.  He also presided over numerous war crimes, including the massacre and starvation of civilians and prisoners of war.

After the war’s tide decisively turned against Japan, Tojo was forced to resign as Prime Minister in July 1944 and following his nation’s surrender to the Allied Powers in September 1945, he was arrested, convicted by the International Military Tribunal for the Far East in the Tokyo Trials, sentenced to death, and hanged on December 23, 1948. 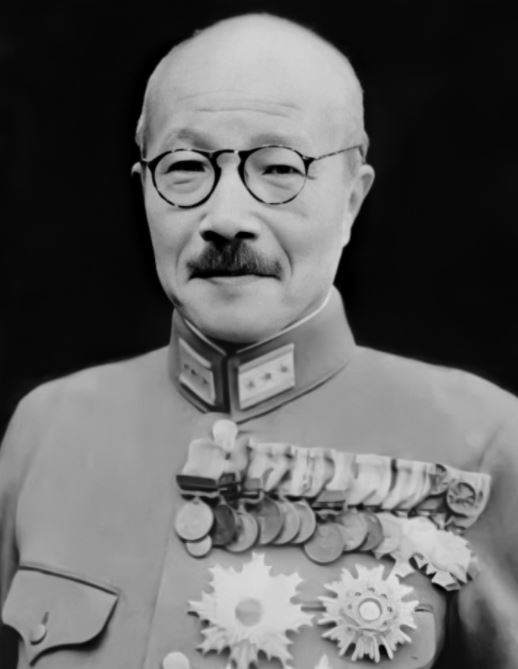