The Dambusters Raid, 75 years on

May 16 marks the 75th anniversary of the historic Dambusters attack, one of World War Two’s most storied moments.

Otherwise known as Operation Chastise, three major dams in Nazi Germany’s industrial heartland were targeted in the raid.  The assault has gone on to hold an immutable place in allied folklore, partly due to the purpose-built “ bouncing bomb” used in the attacks.

“The problem that Barnes Wallace had to solve was that the dams were strong in construction,” explains war historian Peter Stanley.

The result was a robust barrel bomb that would skip across the water, eventually sinking to the dam’s bottom, where it would breach two of the three concrete mega-structures.

“It really was a very clever piece of engineering.”

Despite the innovative warfare, the raid was not as effective as the allied side intended. Although the “victory” did boost morale on the home front, where wartime disillusionment was weighing heavy.

“It was a half-done job.  Two dams were breached and it did destroy German industrial capacity for several months. But Germany had an extraordinary ability to recover and were back in production very quickly.” 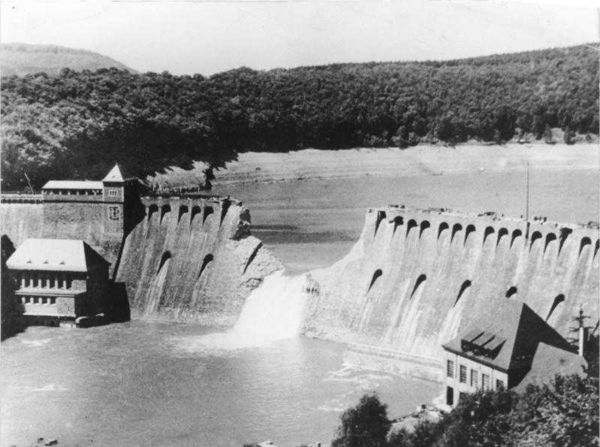