Michael talks to Dr Garnett Hall, veterinarian at West Coast Veterinary Hospital & Captain (Royal Australian Infantry) in the Army Reserve, who this week proved that even with the bushfires devastating the country, Aussies still have a sense of humour.

In a video uploaded to Facebook by Australian video producer Sean Mulcahy, UK’s ITV News Asia correspondent Debi Edward was at Kangaroo Island Wildlife Park when she was offered the chance of a close encounter with a terrifying Australian species – the ‘drop bear’.

Kitted out in protective boots, armour and goggles, the clip shows veterinarian Dr Garnett Hall warning Ms Edward of the danger she’s about to be in.

“They’ve actually got really small fangs, and the interesting thing about the fangs is they have a really mild venom,” Dr Hall tells her with a straight face. “It’s not like a snake venom that can make you really sick, it just causes a lot of really local irritation.”

He then backs away as the Park’s owner approaches with a koala, leaving the journo scared stiff. 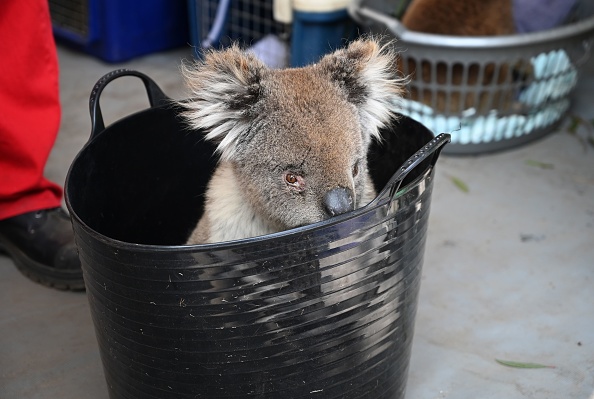