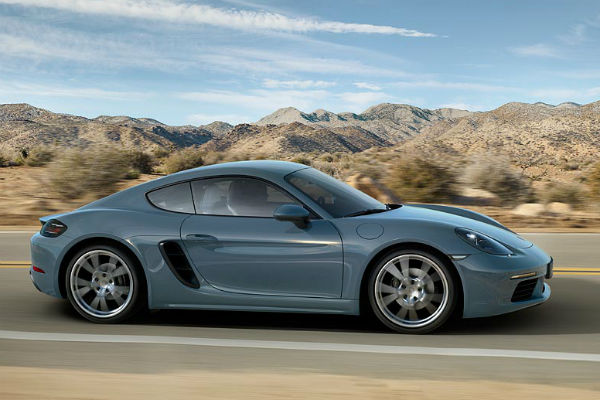 German sports car maker Porsche is currently mimicking the rest of the car industry with 80 per cent of its sales from its popular Macan and Cayenne SUV’s. I’ve just tested Porsche’s 718 Cayman two-seater – launched last year in 2.0–litre four-cylinder turbo form, replacing the previous flat-six engine. Some pundits suggested the new four-cylinder was not as – far from it – it propels the Cayman to 100km/hour in just 4.9 seconds. The 2-0- litre 220Kw turbo engine sits amidships giving this sportster great balance – apart from a slightly choppy ride on the optional 20-inch tyres it featured exceptional handling. Listed at $110,000 the test Cayman had $33,000 in options including the PDK seven-speed auto with manual paddle shifters. At idle it sounds just so tame but give it some throttle and the response is instant.

Four distinct drive modes via a dialer on the steering wheel plus a launch control button for blistering acceleration. So has the new four-cylinder turbo boxer engine diluted the appeal of the previous six-cylinder Cayman – far from it , in fact I found the drive-ability and balance of this mid-engined car awe inspiring – on a winding road it displays enormous grip. Like most of the luxury German imports options prices at times amaze – two silver sports tailpipes add $1,290 while satin black finish on the 20-inch Carrera S wheels add $2,180. This aside the Porsche 718 Cayman really appeals. I’m David Berthon