The immigration report released by the Department of Treasury and Home Affairs this week attracted a string of criticism, with “Big Australia” advocates beginning to fret about the deteriorating popularity of their agenda.

“I think it’s very important to consider the timing of this drop,” says The Australian writer.

“We’ve got three weeks to go to the budget and there will be a declaration made about the size of our permanent migration program then. It was not coincidental.”

Sloan went on to debunk some of the reports claims, noting that the wrong yardstick is being used to measure the case for immigration.

“When we think about the economic impact of immigration, we have to think in per capita terms.The literature is pretty clear. The two groups that gain the most from immigration are immigrants themselves and business.”

“For the rest of us, it’s not clear if immigration benefits us in terms of living standards at all.”

Judith also addressed her calls to shut down the Australian Human Rights Commission, with the politically correct bureaucracy costing taxpayers a staggering $15 million a year.

“It’s called the ‘new racism’, where you’re racist, when you don’t know you’re being racist. The idea is that we have this ethnic composition and if the employment patterns, unis, public sector and companies don’t accurately reflect that diversity, this means we’re being discriminatory and something needs to be done.”

“That’s a pretty frightening idea, to tell you the truth.” 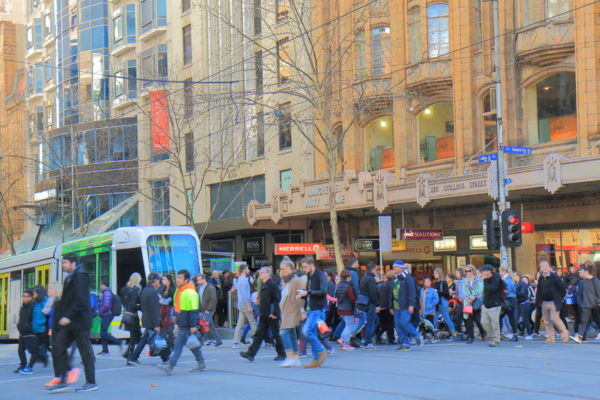