Bernard Zuel, Freelance music writer & critic, about the life and legacy of John Lennon who was assassinated on this day 40 years ago.

English singer, songwriter and peace activist John Winston Lennon was born on the 9th October 1940 and gained worldwide fame as the founder, co-lead vocalist, and rhythm guitarist of the Beatles with his songwriting partnership with Paul McCartney remaining the most successful in musical history.

At approximately 5:00 p.m. on 8 December 1980, Lennon autographed a copy of Double Fantasy for fan Mark David Chapman before leaving The Dakota with Ono for a recording session at the Record Plant.

After the session, Lennon and Ono returned to their Manhattan apartment in a limousine at around 10:50 p.m. They exited the vehicle and walked through the archway of the building when Chapman shot Lennon twice in the back and twice in the shoulder at close range.

Lennon was rushed in a police cruiser to the emergency room of Roosevelt Hospital, where he was pronounced dead on arrival at 11:00 p.m.

As a performer, writer or co-writer, Lennon had 25 number one singles in the Billboard Hot 100 chart and was inducted into the Songwriters Hall of Fame in 1997 and the Rock and Roll Hall of Fame (twice, as a member of the Beatles in 1988 and as a solo artist in 1994). 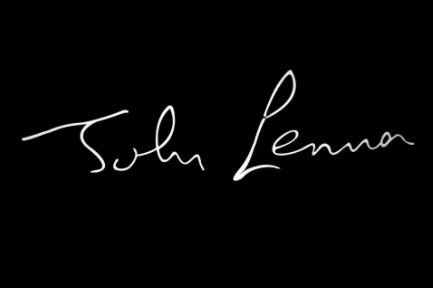